Exploring some of the most extraordinary and challenging murder cases to ever face the police which took place in the closed and secretive world of America’s Amish community.

Dramatic, original and revealing, Murder in Amish Country features some of the most extraordinary and challenging murder cases to ever face the police. All the killings take place in the closed and secretive world of America’s Amish community which is notoriously distrustful of the outside world, very often preferring to deal with matters of justice internally.

A wife inexplicably slaughtered in a frenzied knife attack, a husband slowly poisoned to death, a missing woman’s body is finally discovered in a basement… all these cases and more push detectives to the limit as they try to find justice in a world where no-one wants to speak to them. As one cop puts it: "It was easier getting information from the Mob than from the Amish".

Eli and Barbara Weaver seem like the perfect Amish couple. Young, charming and attractive, to others they appear to be living a happy and pious life. But when Barbara is found murdered in her bed, police – like everyone else in the community – are left puzzled as to who would want Barbara dead, and why.

Despite having a cast iron alibi, when detectives delve deeper into Eli’s life they uncover a dark world they never imagine existed. They discover that after Eli’s Rumspringa, a tradition for adolescent Amish to explore the outside world, Eli had continued to live a secret life, meeting women online for real life sexual encounters by advertising himself as the “Amish Stud.” Cops learn that a local Mennonite woman fell hard for Eli and, since the Amish can’t divorce, the pair had concocted a diabolical plan to remove the one obstacle to their happy ever after – Barbara Weaver.

When the body of a 9-year-old boy is found by the side of a rural highway it takes police two years to identify him. But that’s just the beginning of a much longer, and more twisted investigation. The mystery of young Danny Stutzman leads detectives on a chilling odyssey into a secretive community and onto the trail of the first and only Amish serial killer.

The multi-jurisdictional investigation takes detectives to Wayne County, Ohio and the isolated community of the Swartzentruber Amish to find out what really happened to Danny. Police learn that Danny and his father Eli had left their Amish farmstead after Eli’s then pregnant wife Ida had perished in a tragic barn fire. The Amish community had heard very little from them over the years, until one day Eli tells the parents of his late wife that Danny had died in a car crash. Distraught, Ida’s parents travel to visit Danny’s grave but soon discover the car crash story is a lie and that Danny had been left dead in a ditch. And once detectives start looking, they start to suspect that Danny isn’t the only person Eli has killed.

When Missouri Amish mother of four Anna Borntreger passes away in 2006 after a short illness, she is found to have died from liver failure. So, when her widower and Amish minister Samuel Borntreger, walks into a Kentucky police station ten years later and confesses to murdering her, detectives are left stunned. Borntreger claims that he poisoned her with antifreeze and battery acid leads detectives to launch one of the most unusual investigations they have ever conducted. Was he telling the truth, and if so, why did he kill her and more importantly, why had he waited a decade to confess? The search for answers sends detectives on a journey into an isolated Amish community to unravel a tangled story of power, greed, betrayal and murder.

When Amish woman Katie Gingerich is found murdered and methodically disemboweled, even the most hardened police officers are shocked by the brutality of the crime. When her husband Ed emerges as prime suspect but claims insanity, police realize that this homicide investigation is going to be like no other. As detectives delve deeper they discover that not everything in the peaceful Amish community is as it seems and learn that powerful forces allowed a deeply flawed man to commit an unspeakable crime. In a tragic story of faith, manipulation and the dangers of turning a blind eye, the cops only chance of proving Ed knowingly murdered his wife rests in convincing a secretive and distrustful community to speak up. Their tireless determination would lead to the first ever murder conviction for an Amish person.

Naomi Huyard never strayed far from home, so when she suddenly disappears one night in New Holland, Pennsylvania alarm bells ring out among the Amish community. The unmarried, 50-year-old lived with her sister in a rural area famed for its lack of crime of any sort, let alone murder. When police eventually find her body stuffed inside a neighbor’s basement deep freeze, the tight-knit community is rocked to its core. Despite zeroing in on one suspect early on, detectives soon realize there’s much more to the story than meets the eye. So begins a two-month investigation to identify and arrest the accomplice, speaking to inmates, Amish bishops and ex-girlfriends before the trail takes them all the way down to Florida.

When Mennonite family man Abraham Wiebe is stopped for drunk-driving in rural Oklahoma, no one could have predicted that it would expose a shockingly huge drug running operation, and one that used the Mennonites reputation as a devout and peaceful faith as the perfect cover. In one of the largest criminal cases in state history, Wiebe is recruited by narcotics officers to inform on his paymasters and build a 10-month long investigation that leads law enforcement to a huge international drug ring allegedly run by Mexican Mennonites. Using Wiebe as their inside man, this incredible story takes viewers into a wild and dangerous world of sinister drug barons, secret wiretaps and marijuana shipped by the truckload. But when Wiebe decides to visit family back home in Mexico against the advice of his handlers, he vanishes without trace. 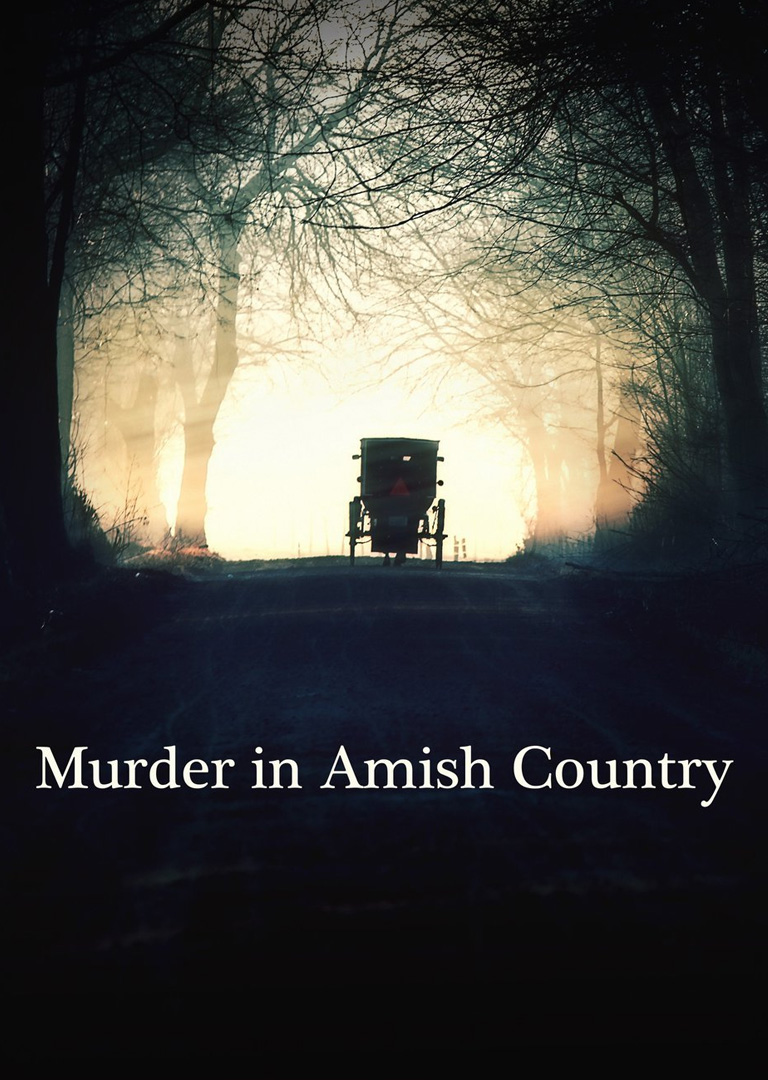 Please contact us if you have any questions or would like more information on MURDER IN AMISH COUNTRY .

THE DISAPPEARANCE OF WILLIAM TYRRELL