The Night Caller depicts and explores a killer’s harrowing legacy - of tragedy, grief, responsibility and redemption - as seen through the eyes of a filmmaker returning to his childhood home, Perth (Australia), and spending time with those closest to the killer and his victims, whose lives he altered irrevocably.

In the early 1960s, it was a sunny, peaceful and innocent city, until suddenly devastated by a spate of horrific, disparate, seemingly senseless killings, which local police failed to connect and attribute to one man until it was far too late, then sought to cover-up, and with tragic consequences.

With unprecedented access to the killer’s wife and the two men wrongly convicted of his crimes, this is a series about the devastating aftermath of serial murder, and how his victims, which include his wife and those wrongly convicted of his crimes, have come together through grief and injustice, in the pursuit of closure and redemption, which includes finally holding the police to account.

“Chilling.” TOTAL TV GUIDE
“Absorbing.” THE GUARDIAN
“Gripping.” ENTERTAINMENT DAILY
"Stylishly directed, written, and edited by Thomas Meadmore." GEEK SPIN
"Pick of the day." THE GUARDIAN
"Critic's choice." THE SUNDAY TIMES
"Today's pick." TOTAL TV GUIDE
"Compelling." SYNDNEY MORNING HERALD
"Top Pick." RTE
"Quite the landmark." THE AGE GREEN GUIDE
"Riveting." THE WEEKEND AUSTRALIAN
"Gripping... pick of the week." THE NEW YORK POST
**** [Four Stars] ABC RADIO
100% rating ROTTEN TOMATOES
“The Night Caller is the latest true-crime docuseries to captivate audiences.” ET ONLINE
Featured in Geek Spin's 30 of the best true crime documentaries to unleash your inner detective. GEEK SPIN
"Set to captivate an international audience." THE DAILY MAIL
"The Night Caller stands out from other true crime documentaries because it generously offers a multifaceted view of the physical, emotional, and mental scars left by the killer to his loved ones and victims, whose lives are altered forever." GEEK SPIN
“Will shock you to your core... haunting.” THE URBAN LIST
“Stylishly directed.” WEEKEND AUSTRALIAN
“Methodical and respectful.” THE AGE
“Riveting... captivates the viewer.” THE AGE
"After The Night looks absolutely bone-chilling." LAD BIBLE
“A marvel of location scouting production and costume design.” THE AGE 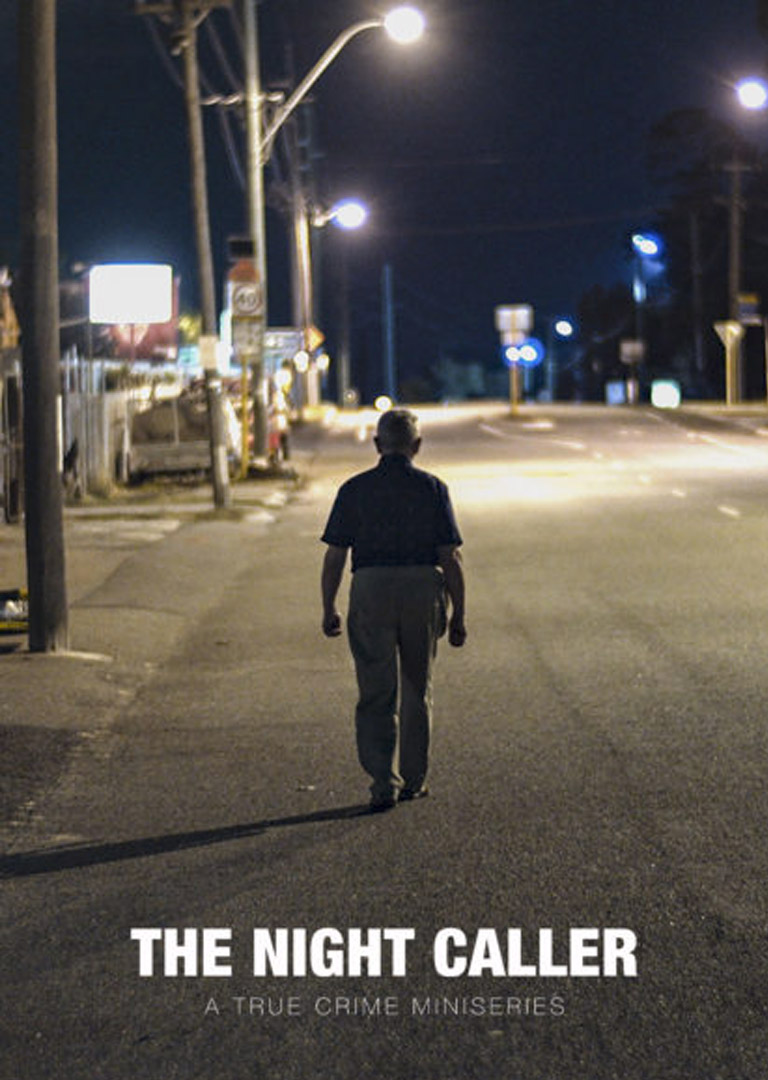 Please contact us if you have any questions or would like more information on THE NIGHT CALLER.