Survival against the odds, in some of the most extreme environments on the planet.

Could You Survive? presents 16 true stories over eight hours of people who suddenly find themselves in a life-or-death battle with the elements.

The stories are told by the survivors themselves, alongside authentic personal archive, often from the key moments of their actual survival situation. We travel to the world’s most extreme weather environments to tell their stories – jungle, desert, snow-swept altitudes, and dense forest.

Survival expert Creek Stewart and his team land in each location to unpack the ticking clock towards dehydration, starvation, bleeding out, freezing, and sepsis shock. They show the viewers what crucial survival technique is needed in these extreme situations and how to calculate escape from certain death.

A young woman races for rescue as her boyfriend is trapped and slowly dying in a freezing Utah river, each of them thinking they have said goodbye for the last time. And, a hiker faces a fork in an Oregon trail, and the choice he makes leads to a five-day struggle for survival.

A freak car accident leaves a man unable to move and fighting for his life, just a few hundred yards from a busy Houston highway. And, a skilled Florida hunter is out of his element, lost and alone in Alaska’s punishing environment.

A son’s birthday present for his father turns an Alaskan wilderness adventure into a life or death struggle against freezing weather and prowling grizzlies.  And, a casual walk before work goes wrong, plunging a Canadian woman into a nightmare of raging rapids and swarms of insects.

An ATV accident pins an experienced outdoorsman in the Canadian badlands, helpless and immobile as freezing temperatures and coyotes close in. And a young woman out for a quick walk in Yosemite National Park takes a bad fall, injured and lost in a vast and unfamiliar wilderness.

An adventurous young couple are pushed past their limits in a menacing Wyoming ice cave, with nothing but each other to protect them from freezing to death.  And, a traditional berry-picking excursion in Newfoundland turns into a nightmarish struggle for survival.

A marriage proposal on a Montana mountaintop turns into a life or death struggle against wind, rain and cold.  And, a hiker with a broken femur fights for his life in the middle of Joshua Tree National park’s punishing heat.

EPISODE 7: Marooned on a Desert Island / Concussed And Confused

A freak weather system strands two adventurous sailors on a lifeless Mexican desert island, with no food and water and staving off death by exposure. And, a concussion leaves an experienced hiker lost and confused in the Washington State wilderness.

Three teenagers find themselves stranded on a remote northern Canadian island for three weeks, facing death by starvation as winter closes in. And, a quick hike in Utah’s Bryce Canyon suddenly turns into a four-day struggle for survival. 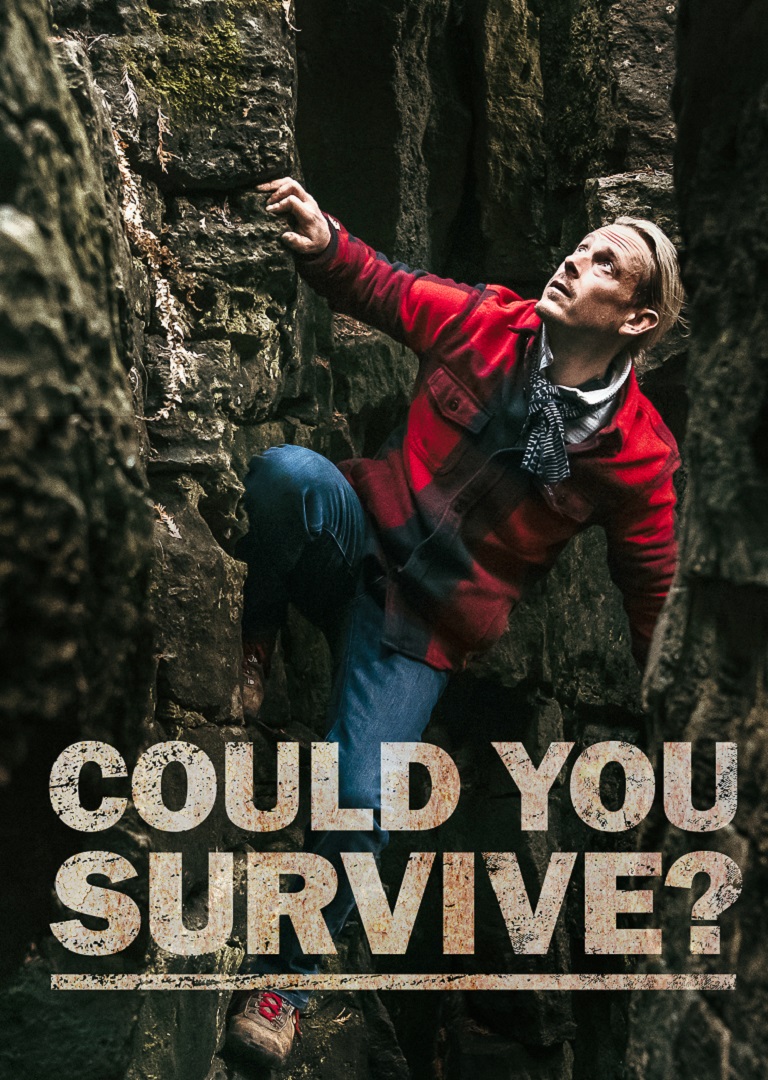 Please contact us if you have any questions or would like more information on COULD YOU SURVIVE?.