Their music and iconic roles have entranced millions around the globe, but their complex, controversial and extraordinary lives have frequently baffled and surprised fans and commentators alike.

In this series renowned psychiatrist, Dr Bob Johnson, will explore the incredibly complex and unusual lives of Freddie Mercury and Michael Jackson. He'll reveal the forces and experiences that shaped their unique personalities - from childhood traumas and family life to relationships and their music careers, this will be a complete picture of the private men behind the public masks.

Theatrical yet shy, excessive yet humble, exalted yet doomed - there has never been a frontman like Freddie Mercury; his hedonistic lifestyle captivated the press whilst his creative genius saw him top the charts with hit record after hit record. But hiding behind his carefully crafted public persona was a tumultuous inner life that few got to see.

Now, in this fascinating programme, acclaimed psychiatrist Dr Bob Johnson, combined with contributions from those who knew Freddie Mercury the best, will try to uncover the disparity between what people think they know about Freddie and who he really was. Secretive to the very end, we will build a psychological picture of the man who started life as Farrokh Bulsara, but ended it as Freddie Mercury.

Black or white? Man or Child? Extrovert or Introvert? Gay or straight? Michael Jackson is a man who leaves so many questions unanswered; his baffling choice of decisions from relationships, marriages, children, spending and drug dependency. So who was this man, and why did he operate in such strange ways with such bizarre consequences? His story is one of the great riddles of popular culture.

In this programme psychiatrist Dr Bob Johnson, will unpick a childhood of abuse, being one of many children, incredible early superstardom, untold riches, accusation and exile, to stitch together the man behind the mask of plastic surgery, misinformation and mystery. What led this man to behave the way he did with children and did he realise how that would lead to his own self-destruction? Did his childhood (and adulthood) as a global star where boundaries never existed, make him believe he was untouchable, or delude him that his own moral compass was in fact right? How did his experiences of childhood shape his own disturbed reality? We go inside the complex and controversial mind of Michael Jackson. 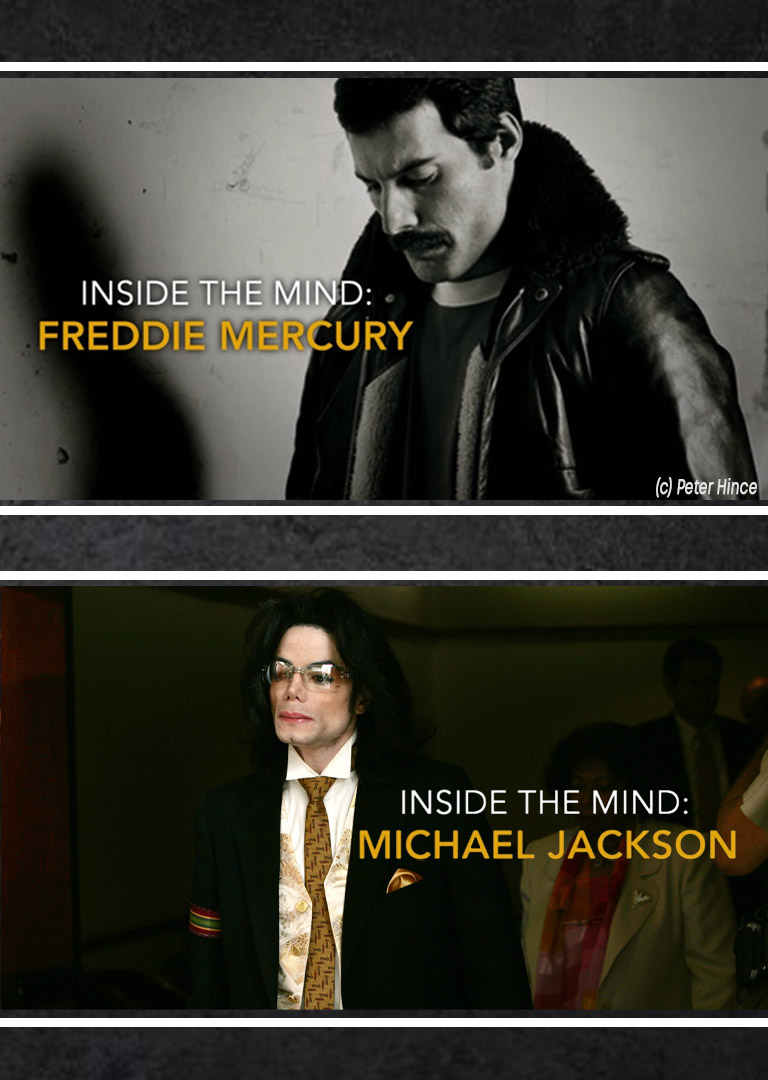 Please contact us if you have any questions or would like more information on INSIDE THE MIND....