HOW THE NAZIS LOST THE WAR

Told through the lens of the bumbling generals and paranoid Fuhrer who had hit the big time by tragic accident.

Hitler’s war machine was feared and ruthless - at least for a time. It cut a swathe through Europe and North Africa and threatened to overrun Russia. From 1939 into the early 1940s Hitler’s dream of a Third Reich and dominance over all of Europe was a distinct possibility. But then cracks appeared. The war machine became vulnerable.

The history of WWII is usually told through the eyes of the victors - but How the Nazis Lost the War is told through the lens of the bumbling generals and paranoid Fuhrer who had hit the big time by tragic accident.

For the first time, How the Nazis Lost the War tells the decline of Hitler’s empire from the inside out - showing how a dysfunctional, bloated, poorly led gang of thugs managed to fool Germany, then take Europe by surprise.

The Nazis were murderous victors by mistake - and when faced with a mobilised opposition their homicidal ineptitude was writ large. These stories are told through expert interviews with historians, sociologists and military strategists.

Germany’s allies leading into WWII were limited to a few despots and dictators.
But all of these relationships were doomed from the start and Germany’s
choice of strange bedfellows would come back to haunt them and they would
ultimately pay a high price for those decisions.

As Germany became overstretched during WWII, Hitler and Goebels promoted
Wonder Weapons as the path to victory. This blind belief in technology as the
ultimate saviour of the Reich became a critical drag on the Nazi war effort.

This episode examines what part Hitler’s almost daily injection of opioids and
methamphetamine played in his murderous regime. Did his heavy drug use fuel
an already delusional character? Hitler’s megalomania and his increasingly
unstable personality proved to be one of the Allies greatest weapons and
ultimately led to the destruction of Germany.

The Nazi leadership was ambitious, ruthless and cutthroat. The biggest names
in the Nazi Germany hierarchy appeared to be working together but behind
the scenes it was a different story. Nepotism, corruption and fear were rife…
and it led to their ruin.

EPISODE 5: THE ENEMY WITHIN

In order to realise the Aryan ideal, the Nazis were encumbered by a second
ideological war. A decision which would ultimately undermine its ability to win
WWII and led to the deaths of millions

Early victories in WWII gave Hitler a delusional over-confidence but when the
mistakes started they came thick and fast and in the end hubris and selfinterest led to ultimate defeat at the hands of the allies. 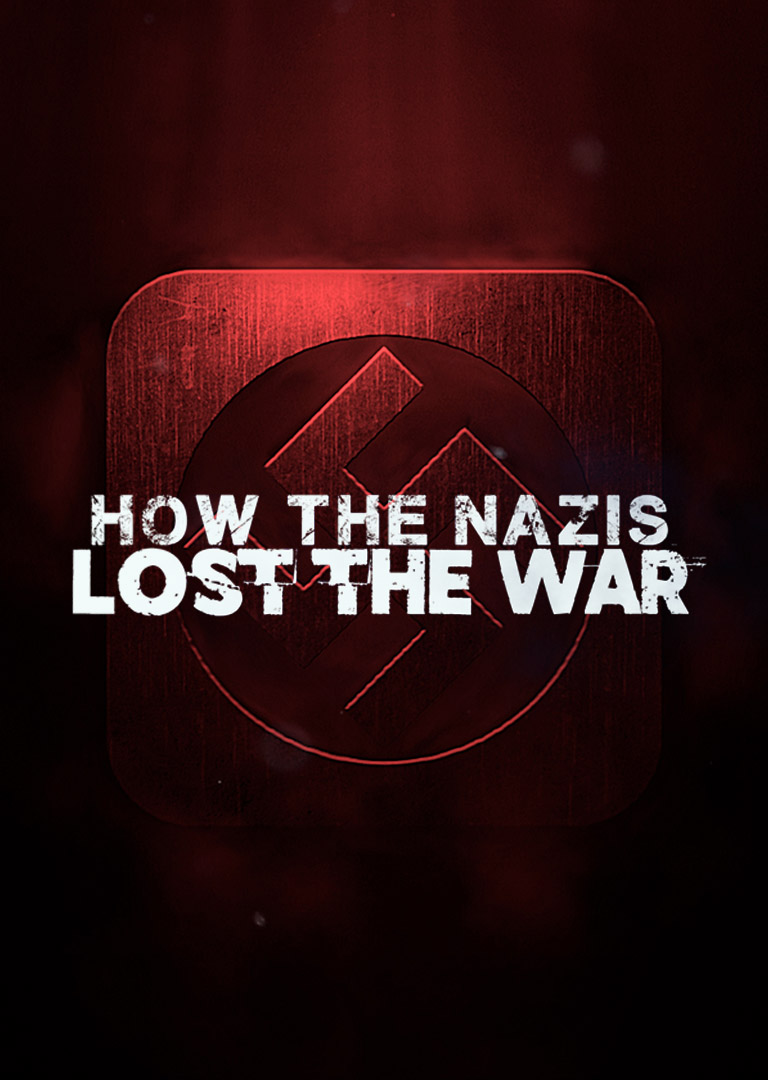 Please contact us if you have any questions or would like more information on HOW THE NAZIS LOST THE WAR.

THE PRIZE OF SILENCE