Crime needs an inside man.

Run by zealous Superintendent Ted Hastings (Adrian Dunbar), AC-12’s target is the gifted, charismatic Detective Chief Inspector Tony Gates (Lennie James), whose unit returns the best crime figures on the force. Gates appears to be an exemplary police officer and hard-working family man. But Hastings is convinced Gates’ results are too good to be true.

Determined to expose Gates as a fraud or worse, Hastings recruits Detective Sergeant Steve Arnott (Martin Compston) to the unit. Arnott took an ethical stand against colleagues who wanted to conspire in the cover-up of a botched counter-terrorism operation. Ostracised as a result, Arnott is seen by Hastings as the perfect candidate for anti-corruption work. Meanwhile, fascinated by Gates but for apparently different reasons, an ambitious young Detective Constable, Kate Fleming (Vicky McClure), inveigles herself onto his unit, teaming up with Gates’ loyal lieutenants, Detective Sergeant Matthew 'Dot' Cottan (Craig Parkinson) and Detective Constable Nigel Morton (Neil Morrissey). And, as if being under investigation isn’t enough of a complication for Gates, he’s also trying to hide an affair with an old flame (Gina McKee).

Every time Gates seems cornered, he finds a way to turn the tables. But all the while he’s digging a bigger hole for himself, plunging irrevocably into a moral abyss. And each day the stakes get higher. Soon it isn’t just careers on the line – it’s lives.

In the pursuit of corruption, how far will they go to uncover the truth?

Line of Duty returns for a second series, featuring a new police corruption story told over six one-hour episodes. The series opens explosively with the ambush of a police convoy in which three police officers are killed and a protected witness is seriously injured. The sole surviving police officer is Detective Inspector Lindsay Denton (Keeley Hawes).

Initially AC-12’s most valuable witness, the suspicion soon arises that DI Denton could be their prime suspect.

Now the hit police thriller is back with a brand new investigation in this much-anticipated third season of Line of Duty, taking another probing look at modern policing and corruption within the force.

Daniel Mays plays Sergeant Danny Waldron, the highly proficient leader of an Armed Response Unit whose unpredictable behaviour is becoming a threat to colleagues and suspects.

When AC-12 are called in to investigate Danny’s conduct, even they could find themselves in the firing line.

In the thick of a career-defining case, Roz is under intense pressure to prove herself to her superiors. But when she faces conflict with a colleague, it’s not long before AC-12 decide to probe her handling of the investigation.

A mother of two and wife to Nick, Roz will do anything to stop her life from unravelling. Starring Martin Compston, Vicky McClure and Adrian Dunbar.

The highly anticipated Line Of Duty series five follows two years on from the events of series 4. Stephen Graham and Rochenda Sandall join the cast as John Corbett and Lisa McQueen - two pivotal figures in a deadly organised crime group.

Known to have links with corrupt police officers and suspected to be under direct command of the shadowy figure known only as 'H', Corbett and McQueen become persons of interest to AC-12 following a deadly chain of events.

"It’s as thrilling as a roller coaster ride.” THE DAILY MAIL
“King of the crime dramas." THE TELEGRAPH
"The best British police show since Prime Suspect... suspensefully plotted and wickedly well acted, this is British crime drama at its finest." THE NEW YORK TIMES
"There’s no one like Jed Mercurio for mixing tension with sudden moments of high drama.” RADIO TIMES
"Some of the most thrilling and audacious pieces of writing and performance that TV currently has to offer.” THE GUARDIAN
“One of the BBC’s best dramas for years." THE INDEPENDENT 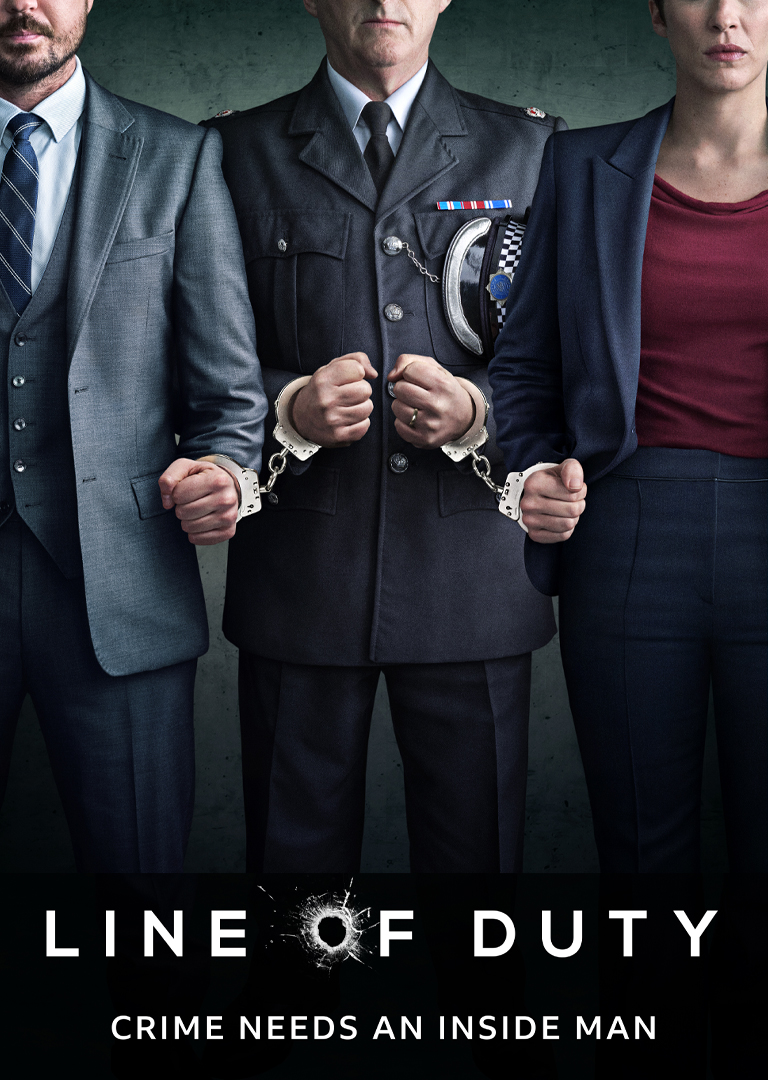 Please contact us if you have any questions or would like more information on LINE OF DUTY.