With an extraordinary flair for code breaking and razor-sharp intelligence skills, four seemingly ordinary women become the unlikely investigators of a string of grisly murders in this original thriller, set against the backdrop of post-war London.

Susan’s conventionality masks a sharp, inquisitive mind. She may appear every inch the typical 1950s wife and mother, but when she hears about a string of unsolved murders in London, Susan’s old Bletchley spirit is ignited. With her handwritten charts of numbers, dates and times, and lines of wool connecting the dots on her wall map, Susan has spotted a pattern of behaviour in the killer that no-one else has.

Unaware of her background, the police dismiss Susan’s theories causing her to realise that the only way she can solve the murders is with the help of her friends. Secretly, Susan reconvenes the formidable foursome – bohemian and streetwise Millie; Lucy, with her brilliant photographic memory and Jean, the methodical no-nonsense organiser.

A race against the clock ensues as the women try to outwit the police and the culprit. The murderer is creating a pattern – he just doesn’t realise he’s doing it. And just like knowing where the German army will be in three days’ time, these four women have the ability to crack his code. Can they rekindle their singular expertise and work out the killer’s next move – before he strikes again?

Set a year on from the first series in 1953, the ladies are reunited for their second case in the first two-part story when former Bletchley Park colleague, Alice Merren is accused of murder. Jean methodically sets to work examining the evidence and is intent on helping Alice after a distinguished scientist is discovered shot through the heart in the study of his home with Alice, gun in hand, standing over him.

The evidence is stacked against her, but Jean’s instincts tell her differently and she goes to visit Alice in Holloway Prison. Alice is quietly resigned to the fact she will hang. But why has she offered no defence and why does she refuse to talk?

Jean calls on the ladies to reunite, but will they share her faith in Alice’s innocence? 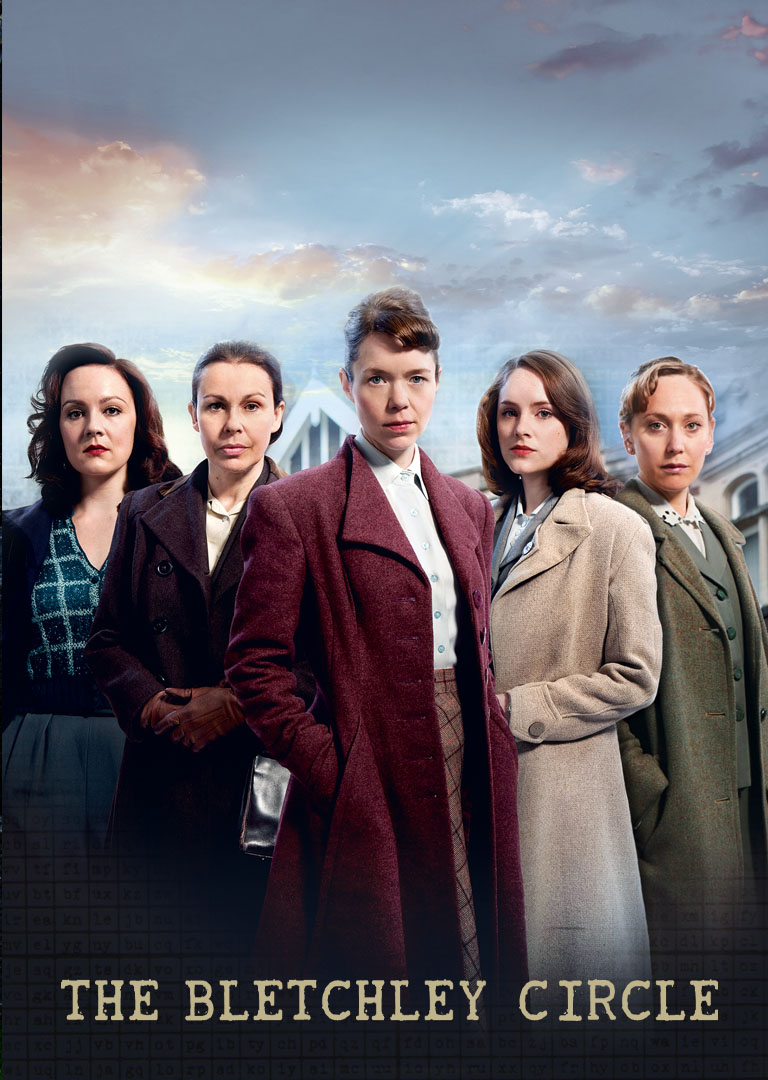 Please contact us if you have any questions or would like more information on THE BLETCHELY CIRCLE.