America's youngest serial killer thought owning a loud dog was enough to kill one of his victims. One woman claimed she had the right to kill men because of what she had suffered when younger.

Reasons given for murder by each killer is forensically dissected in a series with gripping detective stories, heart-breaking first-person reports and interview footage from interrogation rooms as detectives themselves try to understand the actions of the serial killers they sit opposite.

We witness the world's first trans-gender serial killer, we witness the probable next victim of a multiple killer released and hear the chilling voice of Connecticut's worst serial killer as he blames his victims for their death.

Making a Serial Killer, the series which tries to understand what makes someone kill, kill and kill again.

The serial killer who did a deal - he admitted to killing 4 women and revealed where he had buried them...but only if he got an earlier parole date. One day, he’ll be free. That day could be soon.

Mystery surrounds the number of victims the ‘back-to-school-killer’ claimed as he stalked campuses for women to rape and kill.

With a woman chained as a sex-slave inside a metal container, her boyfriend already murdered, was a serial killer about to claim another life?

How could the woman whose DNA had been found on a murder victim be a serial killer ‘rapist?’ Because the woman was once a man.

For years the church-going family man was free to hook-up with and then kill gay men, His camouflage of respectability shielded him. Having chained a man to a bed, was Bruce McArthur about to claim a 9th victim?

Bothered by too many questions from his local cops, Willie Inmon drove to a different Police precinct to make a complaint...only to reveal he was a three-times killer.

Sexy and ready to use her charms, Sheila LaBarre enticed two men to her farmyard lair before killing them...with unidentified bones in a burn pit, cops now needed to know - who else she had killed.

Off a road once called Gasoline Alley, a landscape gardener trawled for vulnerable women, killing 7 and burying them in ‘his garden’; a waste area behind a shopping mall.

Every parent’s nightmare - the bogeyman who randomly snatches girls and kills them. Camouflaged as a telegraph repair man, Anthony Shore could pick his victims from a vantage point like no other.

Hurricane Katrina claimed a lot of lives - but some of the bodies of men which turned up in southern Louisiana were actually killed by a short, fat man nobody suspected of being a serial killer. 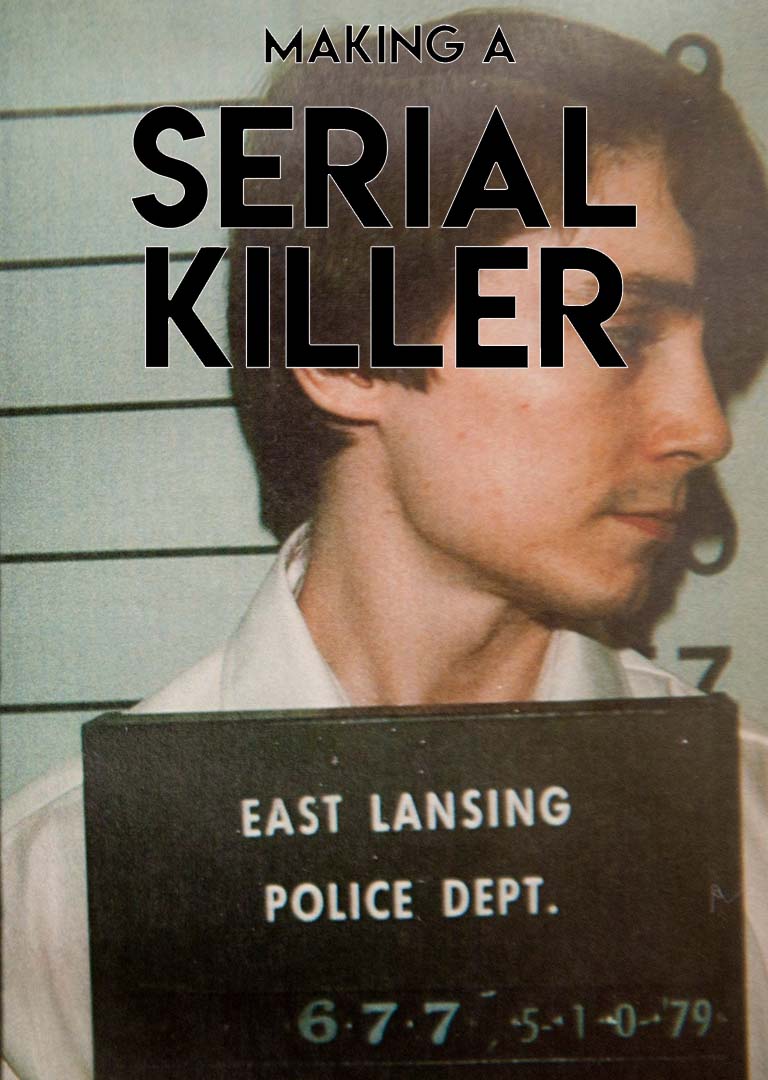 Please contact us if you have any questions or would like more information on MAKING A SERIAL KILLER.

THE SPY WHO FELL TO EARTH

AILEEN: LIFE AND DEATH OF A SERIAL KILLER

BODYGUARDS: SECRET LIVES FROM THE WATCHTOWER