Russia from Above is the unprecedented endeavour to capture the diverse breadth of the largest country on Earth from a bird’s eye view.

Featuring spectacular scenery including the Manpupuner Pillars rock formation, the never before filmed Stellar Sea Lions Colony and the glaciers of Caucasus. The films cover World Heritage Sites, unseen landscapes and an abundance of indigenous wildlife.

The Feature
This incredible natural history movie filmed in 4K, narrated by John Malkovich and with original score composed and written by the Hollywood based composer Boris Salchow, is a documentary masterpiece.

Filmed with the most sophisticated aerial cameras in the world using helicopters and the occasional drone footage, this feature length piece is the unprecedented endeavour to explore the length and breadth of the largest country on Earth from a bird’s eye view.

Telling the stories of a giant country, its people, the wildlife and nature, this 120-minute continuous flight captures stunning images across remote and breathtaking Russian landscapes as they have never been seen before.

The Series
Russia spans 11 time zones from the Baltic Sea in the west to the Pacific Ocean in the east. A colossal landmass stretching from Europe to Asia, from the Polar Sea, to the palm trees of Sochi.

With polar bears in the north, to saiga antelopes in the southern steppes. A diverse landscape from tundra swamps to Europe's highest peak, Mount Elbrus in the Caucasus.

This series features some of the most spectacular scenery and covers Unesco World Heritage Sites and unseen landscapes as well as an unparalleled insight into an abundance of indigenous wildlife.

"Offers absolutely mesmerising visuals of this country that has never been seen before from this perspective." THINKER VIEWS 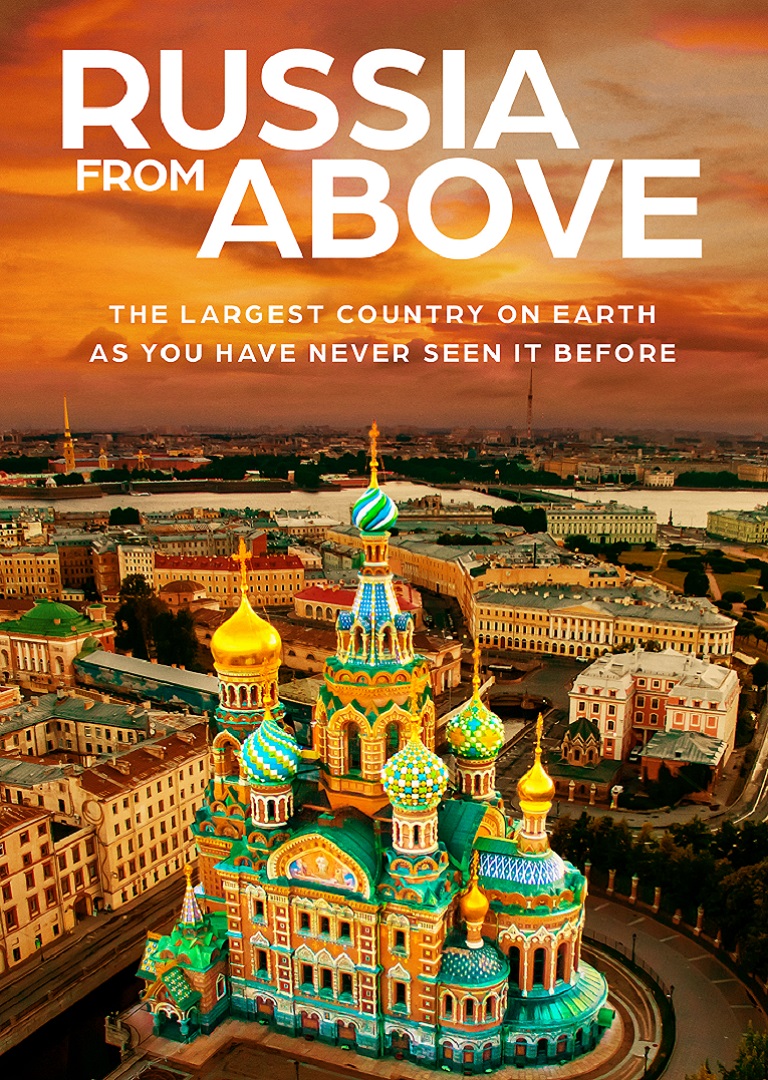 Please contact us if you have any questions or would like more information on RUSSIA FROM ABOVE.