Quinn Country is the story of a man who personified Ireland’s boom and subsequently, its bust.

Sean Quinn was the world’s biggest single loser in the 2008 global financial collapse. He’d gambled his business empire on a single investment and lost everything.

Gliding through the silent corridors of a dimly lit mansion on the Irish Border, we slowly make our way to the inner-sanctum of its owner. Peeling wallpaper, a drained swimming pool and cracked windows belie the former glory of this once grand property and its residents. Entering a bare study, we see the figure of an elderly man seated in a high-backed chair. On the desk before Sean Quinn, known throughout Ireland simply as 'Quinn', is a company diary, bearing the same logo as the pen he nervously plays with – the few remaining remnants of a fallen empire. The man’s gaze is fixed on the view from his double-storey window – the luxury hotel he once owned, the golf course and, in the distance, his former company headquarters, all of which he’s secretly plotting to take back.

Reflecting on his remarkable rise and fall, the words of Ireland’s former richest man – once worth $6 billion - reverberate around the house, “I made mistakes. The biggest was to invest in a bank”.

Quinn Country is the story of a man who personified Ireland’s boom and subsequently, its bust. Sean Quinn was the world’s biggest single loser in the 2008 global financial collapse. He’d gambled his business empire on a single investment and lost everything.

But he wants it all back. No matter the cost. 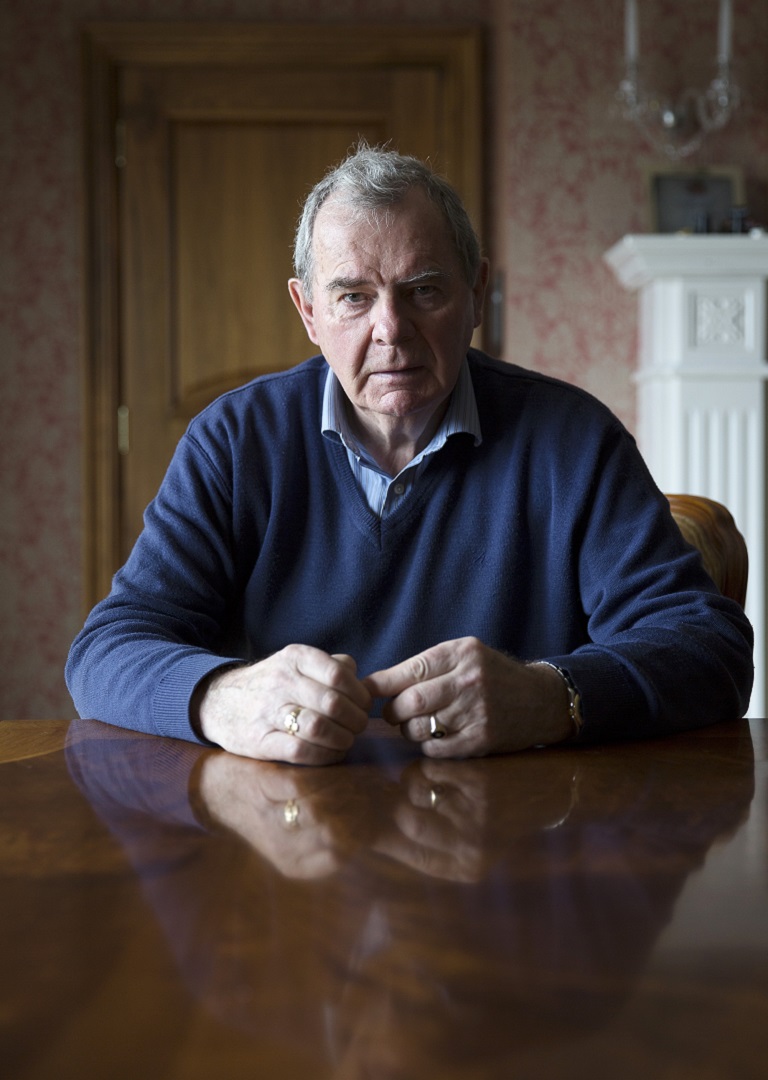 Please contact us if you have any questions or would like more information on QUINN COUNTRY (w/t).