Tells the story of a once famous actor, poet, lover and singer, whose prodigious career was overshadowed by a reputation for drinking and riotous behaviour, earning him the epithet ‘hell raiser’.

It is the story of a legendary Irishman, perhaps the greatest actor Ireland has produced, who still lives in the hearts of his countrymen. And it’s the story of a father whose three sons still think about him every day, since his unexpected death twenty years ago. They are still in search of, and argue about, who he really was - a complex, flawed genius.

This is not a simple biographical documentary. It is a haunting of the people and places that were dear to Richard Harris. It will be told in a unique way through unheard confessional interviews where Harris will again speak to his sons, family and friends.

Directed by Adrian Sibley, Bright Yellow Films (The Show Must Go On, The Road To Palmyra, Anthony Hopkins: A Taste for Hannibal) and produced by David Collins, Samson Films (Once, Float Like a Butterfly, Wildfire).

****[Four Stars] "It was a pleasure to be reminded of Harris’s great performances... experiencing at first-hand that charisma, that lion-in-winter defiance" THE GUARDIAN
***** [Five Stars] "This beautifully crafted and remarkable film was a tribute to a one-off, presenting Harris in his glories and his faults" THE TIMES
"Dream-like assemblage of clips and tributes." THE RADIO TIMES
TV PICK TV TIMES, WHAT'S ON TV, TOTAL TV GUIDE, TV CHOICE
MIPCOM HOT PICK TITLE REALSCREEN
"The screen legend's sons unearth his legacy." TOTAL FILM
"The Ghost of Richard Harris may follow the exploits of of a global player, but at its heart, it's a story of family... it's a documentary that we can all share. It's about fathers and sons." TOTAL FILM
"The documentary, directed by Adrian Sibley, offers an informative, and, at times, rather sensitive peek into the man behind the “hellraiser” image. It also commemorates the 20th anniversary of his death." GOLDEN GLOBES
"Sibley isolates the spark of creativity and chaos that cut across all his work, identifying the alchemy he brought to film and theatre alike." SLASH FILM
"One of the best documentaries at Venice... the film is full of debauchery, but never backs away from the often sad realities." THE IRISH TIMES
"A moving tribute." HEADSTUFF
****[Four Stars] FILMUFORIA
"Full of great interviews and insightful commentary." THE WRAP (William Bibbiani)
"Brilliant." THE GUARDIAN (Andrew Male)
"Powerful documentary." POD POP CULTURE
"A fascinating look at the life and career of the iconic Irish actor." IRISH CENTRAL
"An excellent, level-headed assessment of an acting buccaneer. Book-ended by conversations with his sons, the documentary enjoys the myth, but is capable of casting eyes to heaven at the exhausting excess." THE IRISH TIMES (Donald Clarke)
"Adrian Sibley has sought to explore Harris’s life beyond the hell-raising tag, and has produced a thoughtful documentary." THE DAILY MAIL
"Moving and revealing." THE IRISH TIMES
"[A] fitfully fascinating documentary." DEADLINE
“A beautiful experience. Intimate and epic. Like the man himself.” RUSSELL CROWE
"A watchable study of a unique talent." THE GUARDIAN
"Through the heartfelt recollections of his three sons, "The Ghost of Richard Harris" reveals his public and personal personas to have been quite separate from each other." GOLDEN GLOBES
"Richard Harris (1930-2002) is seen through the eyes of his three sons: Jamie, Jared – both actors – and Damian, a filmmaker, pictured opening a vault where the famous Irish actor’s papers are kept. Each in turn gasps in amazement to discover the contents, giving this watchable biopic a rather fulsome flavour." FILMUFORIA
"Twenty years after his death, Harris remains an object of fascination and bewilderment. Given everything, you might expect his story to end badly, but it doesn’t really." THE INDEPENDENT
"The Ghost of Richard Harris, directed by Adrian Sibley, should interest any cinephile who’s fascinated by screen acting, which is to say, I suppose every cinephile period... Sibley makes it a point to emphasize how very seriously Harris took his acting, and I learned a lot." ROGER EBERT.COM
"Does an admirable job of covering his life and capturing his finest and worst qualities. And since Harris was, for most of his life, a media darling, the film doesn’t lack interesting footage or recordings of Harris explaining or excusing himself in his own words." THE WRAP
"The most affecting parts of the film come with his three grownup sons gathering to remember him: actor Jared Harris, director Damian Harris, and actor Jamie Harris. They are still overawed by the colossal reputation which he had cultivated." THE GUARDIAN
"A valuable reminder of a time not just before the cancel culture of today but the era of strict PR control that immediately preceded it. Harris would have scoffed at both, but then he was always an immaculate self-publicist, keeping a tight rein on his supposedly contradictory identities as “Richard” and “Dickie” and always mindful of the media’s choppy waters." DEADLINE
"Approaches Harris’ life and career with humility, frankness and good humor... If you don’t know Richard Harris well enough, you’ll learn a lot more about him. And if you already know who Richard Harris is, by the end of this film you’ll probably like him even more." THE WRAP 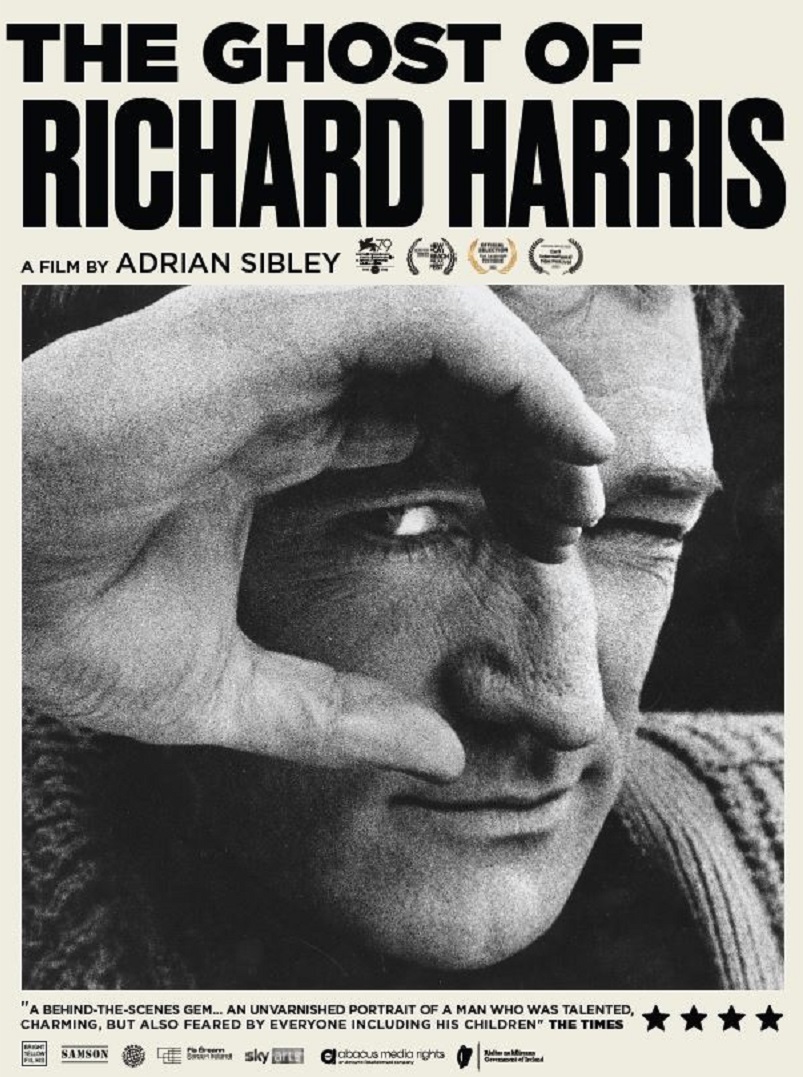 Please contact us if you have any questions or would like more information on THE GHOST OF RICHARD HARRIS.

RIGOBERTA MENCHU - DAUGHTER OF THE MAYA