It's about our future, not the past.

Ravinol Chambers sets off on an epic 1800km road trip down the west coast of India, in a convoy of 3-wheel Tuk-Tuks. He and his camera crew begin a treacherous journey that will eventually lead them to a girls’ school in the rural village of Vrindavan, famous for its 5000 temples. The trip is to help raise funds for the school and for the team to try to understand the barriers girls face in relation to education.

At the school, each girl has her own story, how against all odds she has fought to pursue her education and to believe more is possible for her life than tradition and culture would otherwise dictate. The girls light up the screen with their endearing confidence. One of them, who wants to be an astronaut, earnestly says, ‘A girl can touch the sky. A girl can do anything.’

Twenty years earlier in the very same village, Irish-born Ravinol spent a year studying the ancient scriptures as a young Hindu monk. He embraced many of the traditional and cultural views about women being less intelligent than men, needing protection and ideally being submissive homemakers best situated in the house. He carried some of these views into his marriage to Tina, a Cambridge-educated British Indian whose grandparents came to England from India in the late 1950s.

The apparently opposing ideas of tradition and progress collide like two raging bulls in the conversations Ravinol has with people he meets on his travels.

Arriving back in England he gets hit with criticism that almost derails his enthusiasm to explore the issue and sets him on a new line of enquiry.

Will education bring the girls true equality or simply transform them into caged butterflies?

How can we ensure lasting change? 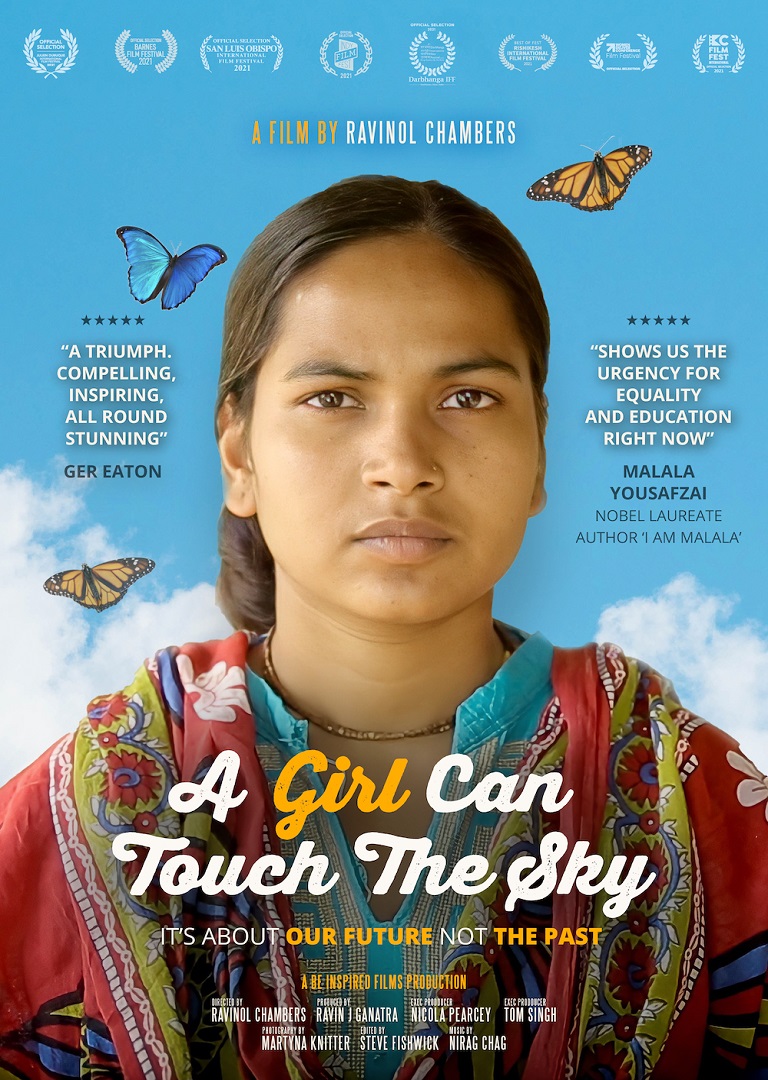 Please contact us if you have any questions or would like more information on A GIRL CAN TOUCH THE SKY.

SHOOTING WAR: SHALL WE CLOSE OUR EYES