Wonder Walls gives a snapshot of modern Ireland through the lens of street art.

Wonder Walls is a fascinating documentary shining light on a new Ireland and an amazing cast of artists and activists who are reflecting and changing the country through their art.

The documentary features many of Ireland’s top artists, including the charismatic Maser, today an international art superstar.  Maser, started in the 90s spraying his graffiti tag around Dublin’s streets before moving into the gallery.  He is arguably one of modern Ireland’s most famous artists and was behind the Repeal the 8th piece which was controversially painted over outside the Project Arts Centre in Temple Bar.

Also featured is Joe Caslin, a teacher from Roscommon, now based in Tullamore best known for his large scale works and their social commentary on modern Ireland.  Caslin’s piece on George’s Street, it has been claimed even influenced the marriage equality referendum and he himself acknowledges that it simplified the discussion to a simple image which showed two men in love and supporting each other.

The interplay between modern Ireland and street art runs throughout this documentary which also looks at how street artists such as Holly Pereira contributed to the debate leading up to the abortion referendum and how a large-scale Savita mural, painted by Dublin artist Aches became a place of pilgrimage and reflection for people from across the city.

Of course, the home of political murals is Belfast and here we find a city deeply divided along many lines and where an anonymous artist has been behind a campaign deriding the political establishment through pasted images.

Wonder Walls also features the subversive art collective Subset who in recent years have redecorated vast tracts of Dublin as well as artist James Earley who painted Blooms Hotel in Temple Bar.  Also in Waterford we meet some of the world’s most profile artists such as The Monkey Bird Crew and Animalito, as they interact with the locals and transform the city. 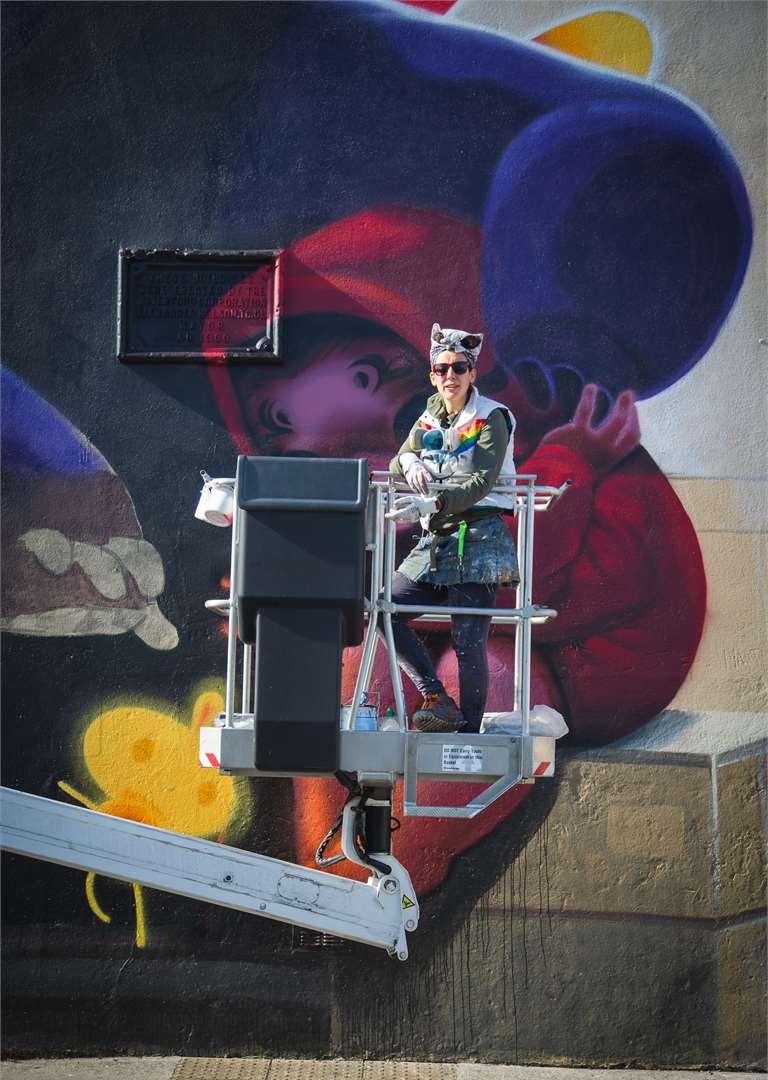 Please contact us if you have any questions or would like more information on WONDER WALLS: THE STORY OF IRISH STREET ART.