A celebration of the global musical legacy of Ronnie Scott and his famous jazz club.

The global musical legacy of Ronnie Scott and his famous jazz club are celebrated in this feature documentary from Oliver Murray (The Quiet One). Featuring evocative unseen archive, standout live performances that make you feel as if you are in the front row and interviews with music industry legends including Quincy Jones and Sonny Rollins. The film not only shines a light on the world-famous club’s 60-year history and the uncompromising people who made it into an institution, but on the inner darkness that Ronnie lived with throughout his life, as he battled with mental illness, a battle he ultimately lost.

A revered tenor saxophonist in his own right, Ronnie Scott founded the club in London’s Soho with fellow musician and business partner Peter King. They were inspired by the vibrant post-war jazz venues they discovered on New York’s 52nd Street. Since then, Ronnie Scott’s Club has played host to the world’s greatest jazz legends, pioneering the trans-Atlantic music trade and promotion of black artists and musicians. Artists included Miles Davis, Oscar Peterson, Chet Baker, Ella Fitzgerald, Roland Kirk, Van Morrison, Buddy Rich and Nina Simone. The venue has also hosted superstars from other genres, including Jimi Hendrix – his last performance before his death – Prince and Lady Gaga.

Ronnie was beloved by many, from the great and famous, to the many hard-up musicians he helped. Ronnie however battled with depression and his untimely death from suicide in 1996 left the jazz community bereft of a respected leader. His legacy lives on in the venue which remains firmly on the cutting edge of the jazz scene.

"Come for the classic jams - stay for the story" THE HOLLYWOOD REPORTER
"The poignancy of telling such a story during a period when so many musicians have been silenced is one the film-makers cannot have dreamed of, nor perhaps quite anticipated how much visceral enjoyment there is to be had from the atmospheric footage of the venue, packed, low-lit, the clink of bottles and the hum of expectant chatter. Ronnie’s puts you right there." THE GUARDIAN
"Ronnie’s made me cheer, laugh and weep. I am beyond speechless. It’s a revelation. It’s beautifully, sensitively and perfectly presented. Aside from being a superb piece of film-making and story-telling it’s an important film. In my estimation an incredibly important film." STEPHEN FRY
***** [Five Stars] "Ronnie's doesn't just put a face to the name, it attempts to understand his soul." JAMES GREEN REVIEW
“This journey back in time makes for an exhilarating and nostalgic ride.” THE REVIEWS HUB
“Jazz fan or no, Ronnie’s is a joy." 500 DAYS OF FILM
"Ronnie’s tells a fascinating story very well." THEARTSDESK.COM
“The director has succeeded in crafting a film experience that results in a superior kind of storytelling.” SOUL & JAZZ & FUNK
"Oliver Murray's film is packed with great music and revealing interviews." THEARTSDESK.COM
“Reveals the man who catalysed Jazz in Britain.” MOJO
"Boldly goes where no-one has before…a poignant three-dimensional portrait." JAZZWISE
"The film excels in its use of archive material. Music revolutions have come and gone but jazz and its infinite possibilities endure." MOJO
"A subtle portrait of a complicated man, Murray has made an exemplary documentary worthy of its subject." UNCUT 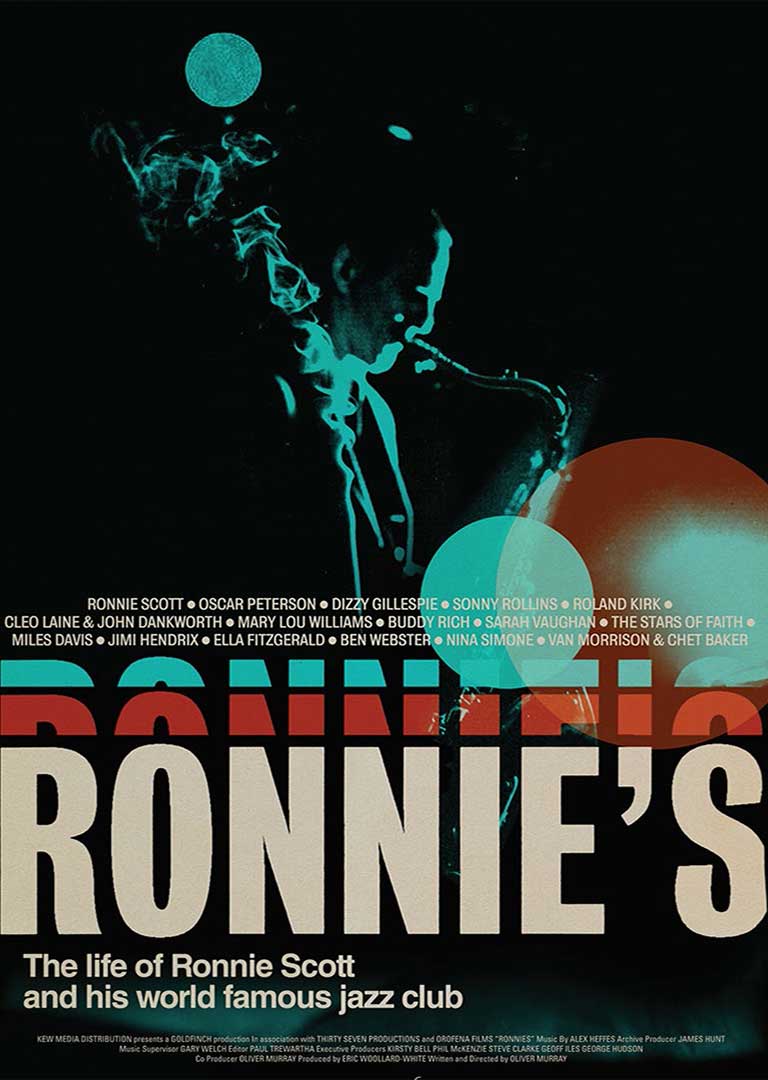 MY ART AND M.E

SHAKESPEARE: THE MAN BEHIND THE NAME

THE PITY OF WAR: POETS AT THE FRONT