This refreshing and uplifting global journey deep dives into the fascinating and emerging world of biomimicry and whether the unique adaptations of the animal world can truly help us to find futuristic solutions to some of our biggest problems?

Helmed by rising star Patrick Aryee — biologist and host of the BBC’s 30 Animals That Made Us Smarter — Evolve tells the enthralling and visually spectacular stories of some of the most astonishingly superpowered creatures on the planet. But the story doesn’t stop there. The series goes on to investigate how we could harness evolution’s unique adaptations to potentially revolutionize our future.

Celebrating the genius of evolution through jaw-dropping wildlife sequences, we demonstrate how animals around the globe have evolved beyond our current technologies. We then embark on a high-octane, host-driven adventure to the forefront of human ingenuity – joining forces with explorers, fighter pilots, scientists and inventors for exclusive, on-camera reveals of startling wild-inspired innovations. The series boasts artwork from Emmy-award winning artists that bring us inside the hidden genius behind nature’s adaptations and potential future worlds.

Production took place throughout 2021, over the course of approximately 12 months. Principle photography was around 15 weeks and saw multi-national crews travelling across four continents. Stories were filmed in Namibia, Jordan, UK and in ten states across America – ranging from Hawaii to Florida.

On the first leg of his journey, Patrick investigates how life evolved ways to thrive across all corners of our planet. From gravity-defying giraffes, to radiation-resistant fungus, can nature teach us better ways of reaching and exploring worlds beyond Planet Earth?

Patrick explores whether nature’s greatest survivors could hold the answers to humanity’s greatest challenges in the future. From water shortages to natural disasters, could life-saving solutions be hiding in creatures like camels, dolphins or even sun-eating sea slugs?

On this leg of his journey, Patrick investigates evolution’s regenerative secrets. For millennia, life has had to overcome everything from injuries to infections. Could the next major medical breakthroughs be hiding in deadly scorpions, prehistoric predators or even the smallest animals on Earth?

Traveling across the world, Patrick goes in search of the animals that have mastered the art of protection. From invisible octopuses to invincible cockroaches, Patrick meets the scientists learning from the creature to create technologies that could better protect us in the future.

Patrick discovers new meaning to his love of travel and exploration as he finds out all the ways that life can move. The secrets to cleaner, faster and farther travel are now being uncovered in everything from soaring albatross to venomous sidewinders, not to mention the fastest animal on land.

On the final leg of his biomimicry journey, Patrick investigates whether nature could hold the key to restoring the impact humans have had on Planet Earth. From plastic pollution to ecosystem collapse, could nature’s salvation lie in mysterious squid, decorative spiders, or awkward bumblebees?

"Fascinating to watch." LOS ANGELES DAILY NEWS
“[Aryee is] charming and charismatic.” LOS ANGELES DAILY NEWS
“Evolve is an amazing series.” ECLECTIC ARTS
“The amount of time put into each one hour episode really shows.” ECLECTIC ARTS
“Wonderful… Patrick is an engaging host and his enthusiasm for the topics is infectious.” ECLECTIC ARTS
“A fantastic series that really should screen in classrooms and televisions all across the world.” PUNCH DRUNK CRITICS
“At a time when the world seems to be throwing more problems at us than solutions, this solutions-oriented nature series might be just the thing to watch.” EARTH ISLAND
“[Aryee is] an affable presenter in the tradition of those hallowed hosts of other nature documentaries, such as Attenborough.” EARTH ISLAND
“Patrick is, without a doubt, a guiding force who can truly enrapture his audience… a joy to watch.” PUNCH DRUNK CRITICS
“Stunning.” WHAT SHE SAID TALK
“Eye-popping CGI.” EARTH ISLAND
Included on Entertainment Weekly's list of WHAT TO WATCH ENTERTAINMENT WEEKLY
“A bingeable journey into the ways in which human beings have learned from animals.” PUNCH DRUNK CRITICS
“Patrick Aryee, the team behind this series, and all those who participated in regards to educating with further hope to inspire and unite us in this educational and incredibly informative quest are absolutely wonderful.” PUNCH DRUNK CRITICS 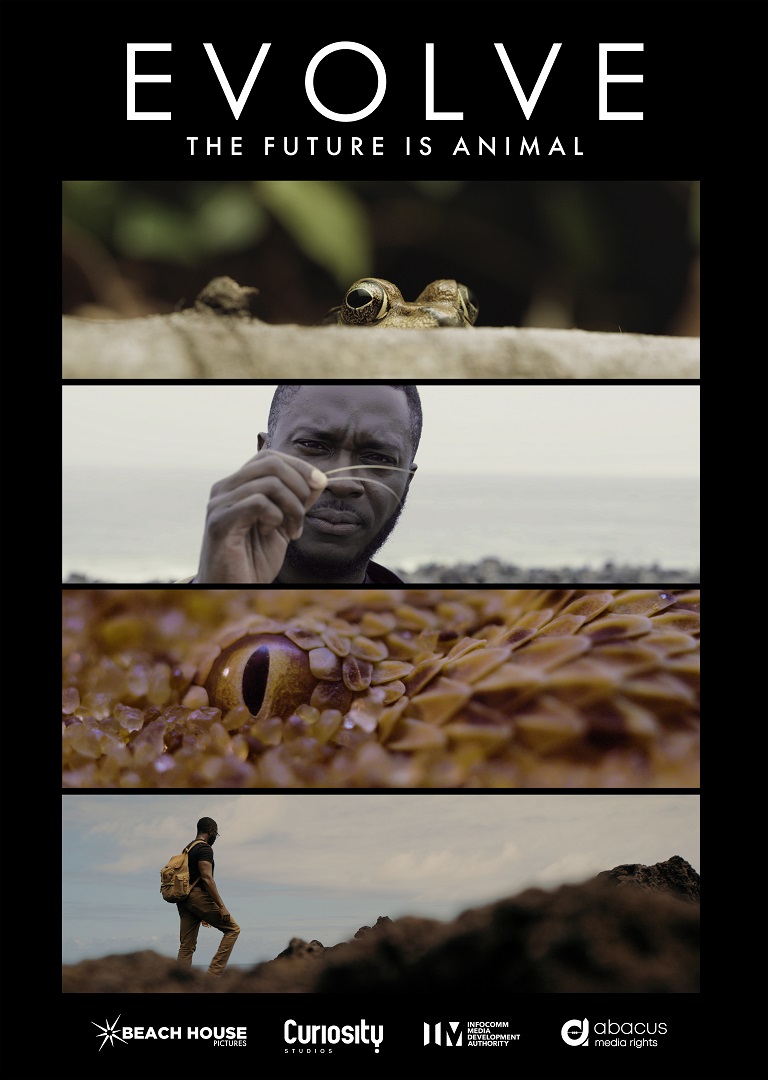 HOW NOT TO GET CANCER

THE SECRET LIFE OF MATERIALS

CAST FROM THE STORM