A stunning and intimate portrait of modern adventurers as they follow clues left in a 19th century treasure-hunter’s journal to find and ride a mythical wave in some of the most dangerous waters of the Atlantic.

How far would you go searching for something that may not exist?

A 19th century treasure-hunter’s journal inspires a captivating journey to seek out and surf a mythical, never-ridden wave in some of the most remote and dangerous waters of the Atlantic Ocean.

For renowned skipper, Matt Knight, sailing to unpredictable and uncharted regions is impossible to resist. As a lifelong thrill-seeker, he is constantly testing the limits of what’s possible, something world-class big wave surfer Andrew Cotton has also built his career on.

With family and friends, they board the beautiful catamaran Hecate and follow clues to this ‘perfect wave’, but not everything goes to plan, with serious injury and life-threatening challenges testing the crew’s resilience and attitudes towards risk.

"Savage Waters boasts jaw-dropping cinematography, mind-boggling sea drama, and heart-warming footage showing the family that surfs together laughs together." THE ECHO, AUSTRALIA
"Defies classification... a story of triumph and resilience." GREELEY TRIBUNE
"Moving." SF GATE
"Must-see." SF GATE
"Inspirational nail-biter." EAST BAY TIMES
"Amazing cinematography... even if you're not a fan of surfing, Savage Waters is well worth a watch." CLOSE-UP FILM
**** [Four Stars] CLOSE-UP FILM
“Savage Waters takes us back to the golden age of exploration….Savage Waters is an ode to those who dare to dream.” BACKSEAT MAFIA
“Savage Waters is a deeply moving experience." THE MERCURY NEWS 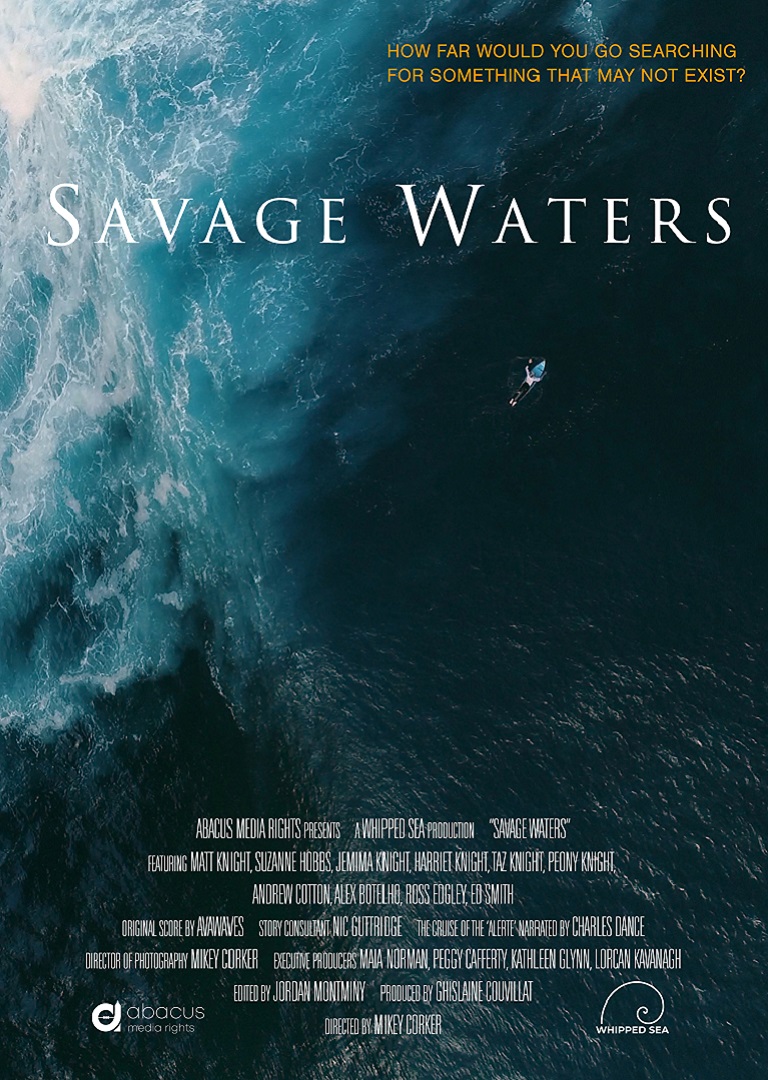