Different League: The Derry City Story follows a city of heroic underdogs achieving the impossible to save the spirit of their community.

Every now and again, football can change the world. It happened in war-torn 1980s Northern Ireland when an incredible series of events unfolded, creating an atmosphere in which a city could re-imagine itself, and its future.

Worn down by years of violence in the Troubles, the city of Derry was on its knees, having spent 13 years without even a football team – until four ex-footballers hatched a crazy plan. Could Derry City FC cross the hotly contested Irish border and play football in the Republic of Ireland, becoming the first team in the world to play on the other side of an international frontier?

This is the story of how they achieved their goal and the extraordinary seasons that followed, which transformed how the world saw Derry and how Derry saw itself.

This tale perfectly resonates as a story for today. At a time when globalisation is increasingly under the spotlight, the film shows how a local community can band together, triumphing over the odds and shattering the status quo.

"Perfectly sums up what the game is all about and was a great watch." IRISH MIRROR
"A tale of triumph over the odds and the transformative power of the beautiful game." THE TIMES
"A beautiful portrait of the importance of sport in times of hardship." IRISH INDEPENDENT
"Emotional... rarely has football’s ability to galvanise been so rousingly demonstrated." THE GUARDIAN
"A buoyant piece of social history." SUNDAY TIMES
**** [Four Stars] "Pick of the day." SUNDAY INDEPENDENT
"Fantastic... amazing. There is nothing not to love about this documentary." THE SOCIALLY DISTANCED PODCAST
"For generations to come people will be grateful for this film." BBC
"Fairytale film." DAILY MAIL
**** [Four Stars] "A plucky underdog story to make grown men misty-eyed." THE TELEGRAPH
"A triumph against the odds that is beautifully told in this documentary." RADIO TIMES
"This is more than a feel good sporting story." THE IRISH TIMES
"Fascinating... poignant and timely." DERRY JOURNAL
"A moving celebration of real soccer for real fans." THE IRISH TIMES
"Uplifting" THE TELEGRAPH
“Quite simply excellent.” EXTRA TIME 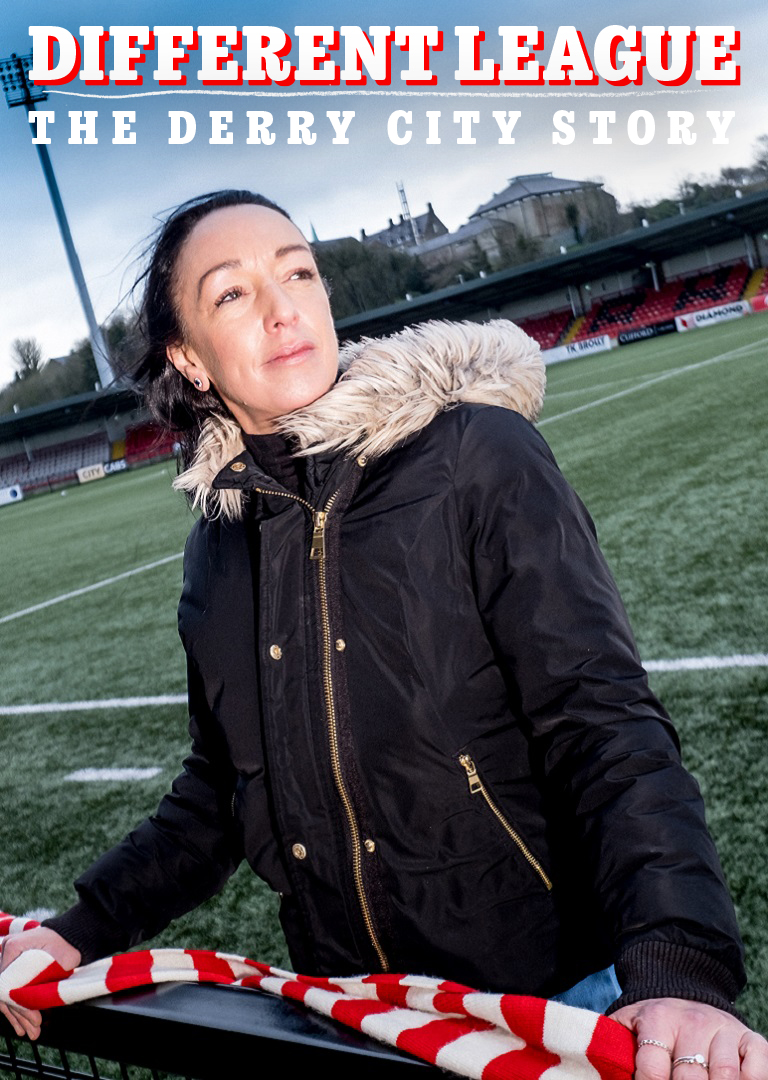 Please contact us if you have any questions or would like more information on DIFFERENT LEAGUE: THE DERRY CITY STORY.

THE BRAINWASHING OF MY DAD