The first official feature documentary celebrating the incredible life-story of fashion icon, style guru and one of the most influential designers of the 20th Century, Dame Mary Quant.

Quant is directed by Sadie Frost (Producer of Set The Thames on Fire, Sky Captain & The World Of Tomorrow and acting credits including Bram Stoker’s Dracula, Love, Honour & Obey) in her directorial debut. The film is creative produced by Ben Charles Edwards (Set The Thames on Fire, Father of Flies) and Kirsty Bell of Goldfinch Entertainment.

One of Britain’s most renowned cultural figures, Quant was at the vanguard of the stylistic revolution of the 60s and 70s, leading the charge away from convention and conservatism through the championing of ground-breaking designs including the miniskirt and hot pants, plus an ingeniously creative partnership with hair stylist, Vidal Sassoon.

Quant’s mould-breaking designs and irreverent style were widely credited as being critical to the development of the ‘swinging sixties’.

Quant tells the full story of this design and retail pioneer, from her first store on the legendary King’s Road in London, where the days’ sales paid for cloth that could be made up overnight into new stock for the following day, through to the development of a global empire incorporating fashion, homeware and cosmetics.

The documentary leads on from the V&A exhibition on Mary Quant. Which by the time it closed in Feb 2020 had almost 500,000 visitors. More than any other exhibition within that section of the museum.

Director, Sadie Frost commented: “I’m so excited to be involved in such an important documentary about the fashion icon Mary Quant alongside my creative partner Ben and Goldfinch. It was quite an honour to be asked to tell the story of Mary’s life and enable her legacy to live on”. 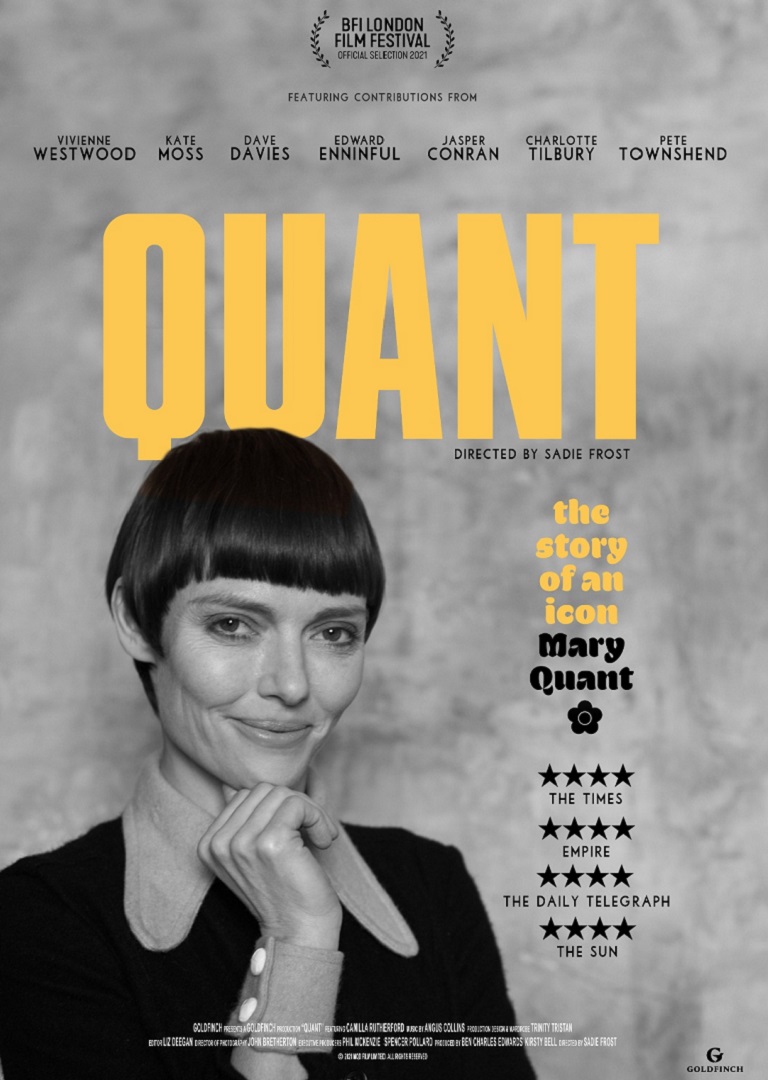 THE ART OF ARCHITECTURE

DIANA: THE INTERVIEW THAT SHOOK THE WORLD

THE PRIZE OF SILENCE