The Shelter: Animal SOS is a series following the work at Ireland’s oldest and largest animal welfare charity.

The Shelter: Animal SOS offers a behind the scenes look at the daily work conducted by the Dublin Society for Prevention of Cruelty to Animals (DSPCA), Ireland’s oldest and largest animal welfare organisation.

The series, filmed at the 32-acre DSPCA facility in the Dublin Mountains over the course of a year, shares the trials and triumphs of a dedicated team of care-staff, vets and volunteers as they fight to save the lives of the many animals that need their help.

The series features a huge variety of animals – from cats and dogs to birds and ponies – and provides a unique perspective on the incredible work undertaken by the DSPCA team.

Vets work to save a pony at death’s door and Elise performs urgent surgery on an abandoned kitten.

A pet is reunited with a long lost owner and a routine surgery on a cat becomes life or death.

Vet Elise treats a dog with a head injury and an injured kitten who had tried to cross a busy eight lane highway.

International rugby player and full time Vet Elise puts her skills to the test as she tries to round up a goat.

An orphaned fox cub is rescued by the charity and some lucky wild cats are given a new lease of life.

A Shih Tzu arrives in a sorry state and kitten season kicks off as care staff work to save orphaned newborns.

The Shelter: Animal SOS is a back for a second series as our cameras continue to follow the work at Ireland’s oldest and largest animal welfare charity, the DSPCA.

We go behind-the-scenes at the state-of-the-art facility in the Dublin mountains with the Vet team, care staff and volunteers as they dedicate their lives to saving animals in need.

From kittens to foxes, puppies to ponies, everything is given a chance at this bustling animal shelter.

In the first episode, Vet Elise and Nurse Mandy battle to save a cat’s life. Kennel carers Shane and Tanya give a very underweight lurcher a new lease of life.

On this episode, an old dog is found abandoned with a ‘homeless’ sign around it’s neck. Twelve year old Dexter is re-homed by head of adoptions Tanya and brings joy to the life of a new owner.

It’s kitten season at the shelter and one tiny feline has to have eye surgery. A young family take on three orphaned kittens, we follow their highs and lows over several weeks of care.

A badly matted dog is brought to the shelter and Vet Maria takes on the case. New Inspector Shane rescues a dog trapped behind a shed.

On this episode, Elise confronts her fear of fleas as a wild white cat brings them in by the dozen. A pregnant fox is rescued from a garden gate.

Inspector Shane brings in a dog in terrible condition who undergoes an amazing transformation. 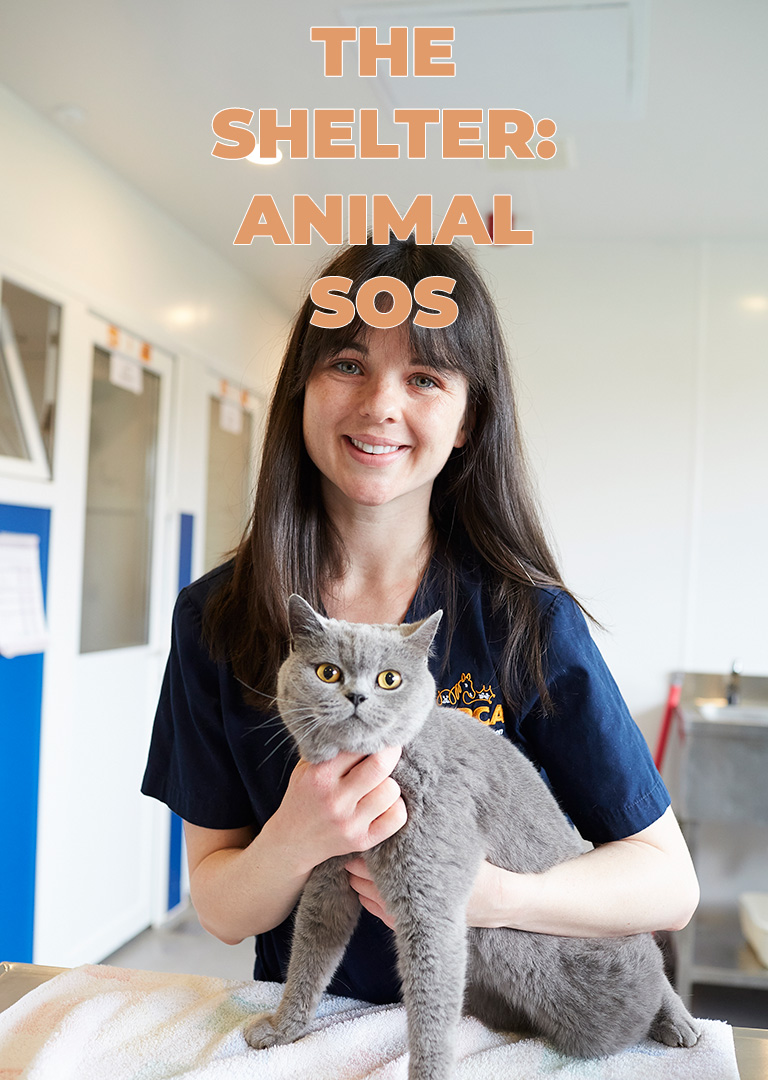 Please contact us if you have any questions or would like more information on THE SHELTER: ANIMAL SOS.

INSIDE THE CHOCOLATE FACTORY