HOLLYWOOD BULLDOGS: THE RISE AND FALLS OF THE GREAT BRITISH STUNTMAN

From Bond to Batman - Star Wars to Superman - they jumped, fell, crashed, punched, kicked and exploded their way through the blockbusters of the 70s and 80s.

Hollywood Bulldogs: The Rise and Falls of the Great British Stuntman tells the rough-and-tumble story of the small community of British stunt performers who went on to dominate Hollywood in the 1970s and 80s. Growing out of the ragtag community of bouncers, gangsters and demobbed soldiers who were prepared to take a punch or chuck themselves down a flight of stairs for a few quid, the next generation went on to turn stunt work into a legitimate profession.

Partying and drinking their way through death and tragedy, they created and performed the iconic action sequences of 007, Indiana Jones, Superman, Rambo, Star Wars, Conan, the Alien films and pretty much everything since. They crashed cars, jumped from burning buildings, shot, stabbed, kicked and punched their way into cinema history and all before the arrival of CG. Hollywood Bulldogs: The Rise and Falls of the Great British Stuntman  is the first feature documentary to unite this legendary community in telling their story and there's life in the old dogs yet...

"A glorious tale of the crash-bang-wallop lives of movie stuntmen." THE TELEGRAPH
"Pick of the day." THE DAILY MAIL
"Hidden gem." MAIL ON SUNDAY
"It's showbiz anecdotes a go-go." THE RADIO TIMES
"Critic's choice." THE SUNDAY TIMES
"Viewing guide - TOP PICK." THE TIMES
"What to watch - TOP PICK." WHAT'S ON TV
***** [Five Stars] “Packed with brilliant anecdotes.” THE TELEGRAPH
****[Four Stars] "Thrilling tales from heroically stupid stuntmen." THE GUARDIAN
**** [Four Stars] "Cracking." THE DAILY MAIL
"Much to love in this documentary." THE SUNDAY TIMES
"Lovingly-made… it was glorious.” THE TELEGRAPH
"Fascinating." FILM STORIES
"This is right up my street." THE HOLLYWOOD NEWS
"I just love seeing a whole doc film about stuntmen / stuntwomen, more of this please." FIRSTSHOWING.NET
"This week's home entertainment - TOP PICK." THE GUARDIAN
"These guys are badass!" FIRSTSHOWING.NET
"Hollywood Bulldogs on BritBox is a big telly and movie nostalgia trip." WHAT TO WATCH 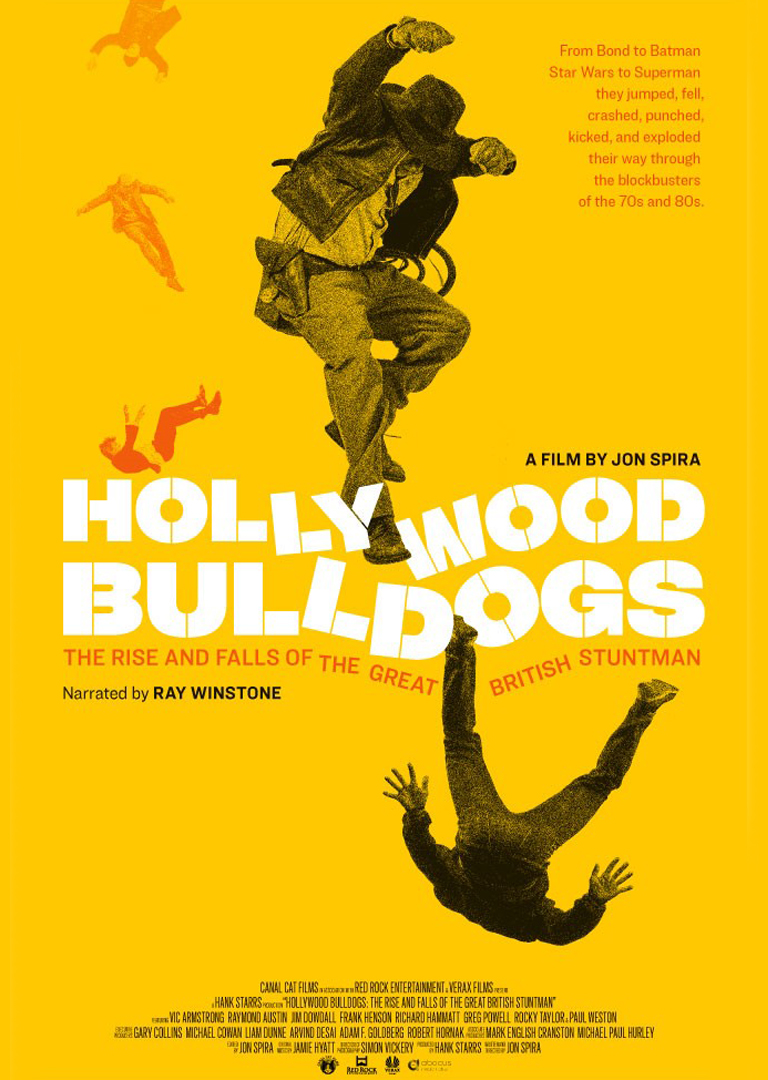 Please contact us if you have any questions or would like more information on HOLLYWOOD BULLDOGS: THE RISE AND FALLS OF THE GREAT BRITISH STUNTMAN.

INSIDE THE EDGE: A PROFESSIONAL BLACKJACK ADVENTURE