How are weather patterns are changing and threatening life on our planet?

Mutant Weather takes viewers onto the front line of the shocking new weather phenomena that, thanks to climate change, are changing the world around us faster than we can keep up: terrifying elemental events with names like Dry Lightning, Thundersnow, Polar Vortexes, Firenadoes, Ice Waves and Atmospheric Rivers.

Mutant Weather tells the stories of these mutations, from gestation and birth to their cataclysmic impact and how they will evolve next, using spectacular video footage, first-hand testimonies from those who’ve experienced them, expert scientific analysis, stunning graphics and dramatic recreations.

A warmer planet is creating drier conditions and increasing lightening activity – this means more fuel AND ignition - causing catastrophic wildfires and other anomalies like firenadoes. The trend is showing more megafires and a longer fire season, in some cases making wildfires a year-round concern. Large wildfires are also burning in unusual places such as the Arctic Circle. This episode follows recent megastorm events in California and Alberta, Canada.

Perhaps the most calamitous of the effects of climate change is the melting permafrost and resulting rising sea levels. The Arctic ice is rapidly disappearing, forever.  Already, some coastal areas are in danger of disappearing in the next 10 years. This episode tells the story of citizens most urgently affected by the melt in Alaska, faced with becoming climate refugees.

As the earth heats up, the land under our feet is compromised. A warmer earth can lead to a deadly domino effect: an increase in occurrence, frequency and intensity of sinkholes and landslides. More voluminous rainfall leads to massive mudslides and debris flows, wiping out entire communities. This episode tells the story of devastating events in California and British Columbia, Canada.

Heavy rainfall is becoming more common and more extreme.  In recent years, an unprecedented amount of flooding is drowning towns and changing the landscape, causing billions of dollars in losses and taking lives. This episode follows stories of major flooding in the southern US, forcing some people to leave the land their families have lived on for generations.

As the atmosphere warms, tornados are appearing in places not accustomed to this deadly phenomenon, including more densely populated areas.  Tornadoes are no longer contained in Tornado Alley.  They are also becoming more deadly as tornado clusters are growing.  This episode follows the stories of storm chasers who’ve had to run for the lives and survivors of some of the deadliest recent tornadoes.

As global warming heads to 2 degrees Celsius, heat waves are on the rise, as well as droughts, fires and floods.  Some cities are seeing the highest monthly temperatures in history. Ocean water is heating up, aquatic life is migrating north to more comfortable temperatures impacting ocean-based industries such as lobster fishing.  Heat blobs – flash heat waves in the ocean - are leading to toxic levels of algae and plankton.  This episode tells first-hand stories of an east coast fishing community facing the end of an industry and an epic heat wave in Montreal.

The air we breathe is in jeopardy with an increase in greenhouse gases, both polluting the air and trapping pollution under the smog. Industrial pollution leading to an airpocalypse is just the start. Methane frozen in permafrost is being released as the northern ice melts. And an increase in carbon dioxide – food for plants – means pollen is also on the rise.  This episode explores the various causes of our compromised air.

How are winters getting worse when the earth is getting warmer? The warming planet is heating more rapidly in the north, heating up the mass of arctic air called the Polar Vortex. A warmer Polar Vortex is in turn is weakening the jet stream which normally serves to contain the arctic air.  But now, the wobbly jet stream is allowing frigid arctic temperatures to travel south bringing with it things like nor’easters, epic blizzards, bomb cyclones and frost quakes. This episode follows the stories of storm chasers caught in blizzards, farmers livelihoods compromised by extreme cold and snow, as well as the consequences of cold on our infrastructure. 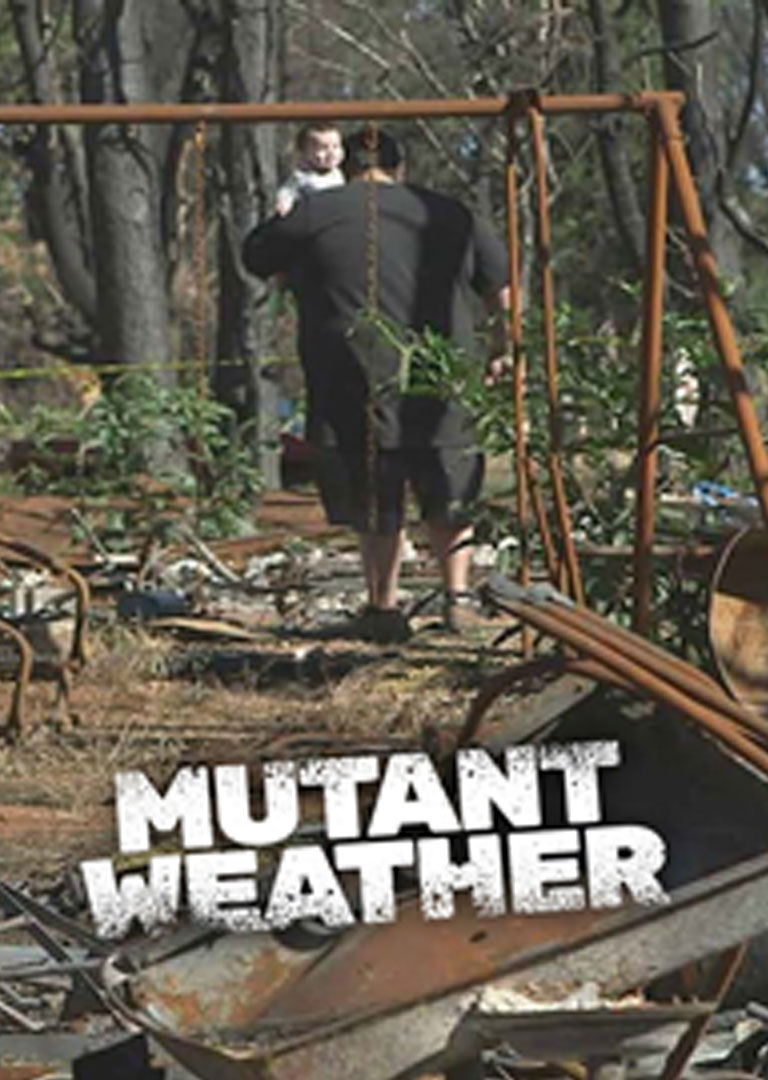 MINDS IN THE WATER

LIFE IN COLOUR WITH DAVID ATTENBOROUGH