The true story of the mission to assassinate the world’s most dangerous man.

In 1989, Scottish mercenary and ex-SAS operative, Peter McAleese, was hired by a Colombian drug cartel to lead a small team of ex-special forces commandos on a mission to assassinate the world’s biggest drug baron, Pablo Escobar.

With access to never-before-seen footage of the mission and interviews with McAleese and other key players in the story, Killing Escobar reveals how McAleese’s violent upbringing in Glasgow, his training in the SAS and experience as a mercenary in Africa led him into the jungles of Colombia to kill Escobar, and how this mission would reshape his life forever.

"Fascinating documentary." NEWS LETTER
**** [Four Stars] “An enthralling documentary.” THE TELEGRAPH
“Pick of the day.” THE TIMES
“Startling film.” THE TIMES
"Heroically frank." THE GUARDIAN
“Provides a deeply personal character study.” IRISH TIMES
“A dramatic documentary.” THE NATIONAL
“[An] incredible story.” DAILY MAIL
“A powerful documentary.” GLASGOW TIMES
“Brings a rather interesting story to life.” MOVIE SCRAMBLE
“A fascinating spin on the legend.” BUSINESS DOC EUROPE
“It’s all compelling stuff, completely absorbing.” THE HOLLYWOOD NEWS
“This detailed insight into a chapter of the tale of the notorious kingpin is one such story that hasn’t been told – and it is excellent.” THE HOLLYWOOD NEWS
"Killing Escobar is an excellent, well made piece of true crime content that fans of its genre should lap up." THE HOLLYWOOD NEWS
“For all the wealth of material here, it's ultimately the human story at its centre that makes the film so compelling.” EYE FOR FILM
**** [Four Stars] "Whitney's documentary has all the elements of a great action movie but is more powerful for its truth." EYE FOR FILM 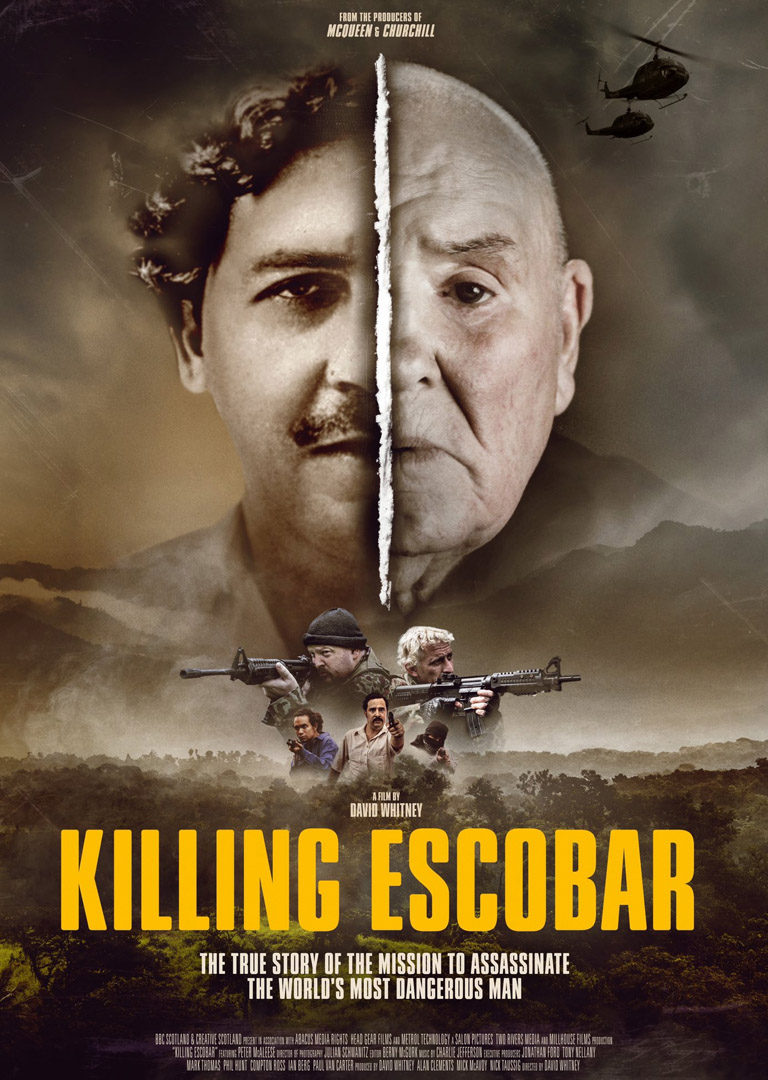 FOR LOVE OR MONEY

MARRIED TO A PSYCHOPATH