THE WALRUS AND THE WHISTLEBLOWER

A whistleblower is sued for $1.5 million for plotting to steal a walrus.

Phil Demers is a part-time mailman who lives in a bungalow across the creek from MarineLand, the iconic amusement park in Niagara Falls, where he had his dream job as an animal trainer for over a decade.

He swam with killer whales and ran the show, until he quit and blew the whistle, making claims of animal abuse and calling for an end to the near 60-year-old practice of keeping marine mammals in pools.

Known in the media as the @walruswhisperer, Phil has amassed 27,000 followers on Twitter, has appeared four times on the Joe Rogan show, has testified before the Canadian Senate, and is being sued for $1.5 million for plotting to steal Smooshi, the walrus.

Phil and Smooshihad become an inseparable pair when she first arrived at MarineLandas a baby, and together they became a viral sensation in the early days of social media. He gave her a sense of security, she gave him a sense of purpose. Now, he's embroiled in a stranger-than-fiction custody battle to #savesmooshi.

This character-driven film pierces the veneer of a media story that has been bubbling away in the filmmaker's hometown for decades, with access to her childhood acquaintance at the centre of it. We follow Phil as he champions a law to ban the captivity of whales and dolphins, faces a lawsuit entering its 8th year, and spirals around an aching loss of identity.

***** [Five Stars] "Amazing. We need more films like The Walrus and the Whistleblower." IRISH FILM CRITIC
"Laced with hope and cinematic beauty." DOCUMENTARY DRIVE
"Canada's answer to 'Blackfish'." INDIEWIRE
"Bibeau’s film finds a unique dynamic in the characters who embody this David and Goliath tale." POV
"The Hot Docs winner is both devastating and more than a little surreal." INDIEWIRE 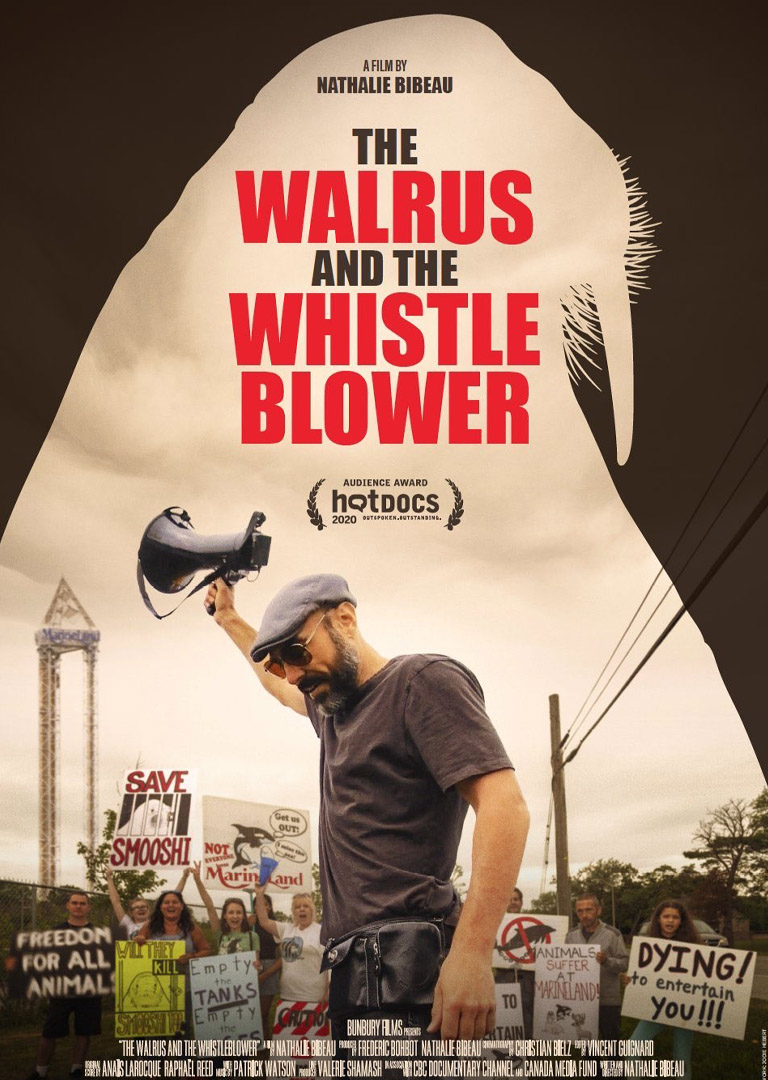 Please contact us if you have any questions or would like more information on THE WALRUS AND THE WHISTLEBLOWER.

THE CHRONICLES OF ERNE