If you can stand the heat, come on in.

Roland is a fantastic chef who was on the brink of success 15 years ago, but has since lost the sparkle and drive needed to win that long coveted Michelin star. When he puts his mind to it he can cook with the best of them, but laziness gets the better of him, much to the annoyance of the restaurant’s manager and Roland’s secret admirer, Caroline (Katherine Parkinson, The IT Crowd).

Joining them in the kitchen is quirky waitress Kiki (Isy Suttie, Peep Show), the hotel’s owner Celia (Maggie Steed, Chewing Gum) and ambitious new apprentice chef, Skoose (Stephen Wight, I May Destroy You), whose ambition it is to replace the constantly under-pressure and long-suffering Bib!

Amidst fine-dining and beautiful countryside, Whites should be a tranquil slice of heaven – but with this disparate group of characters behind the scenes, things can regularly heat up in the kitchen... 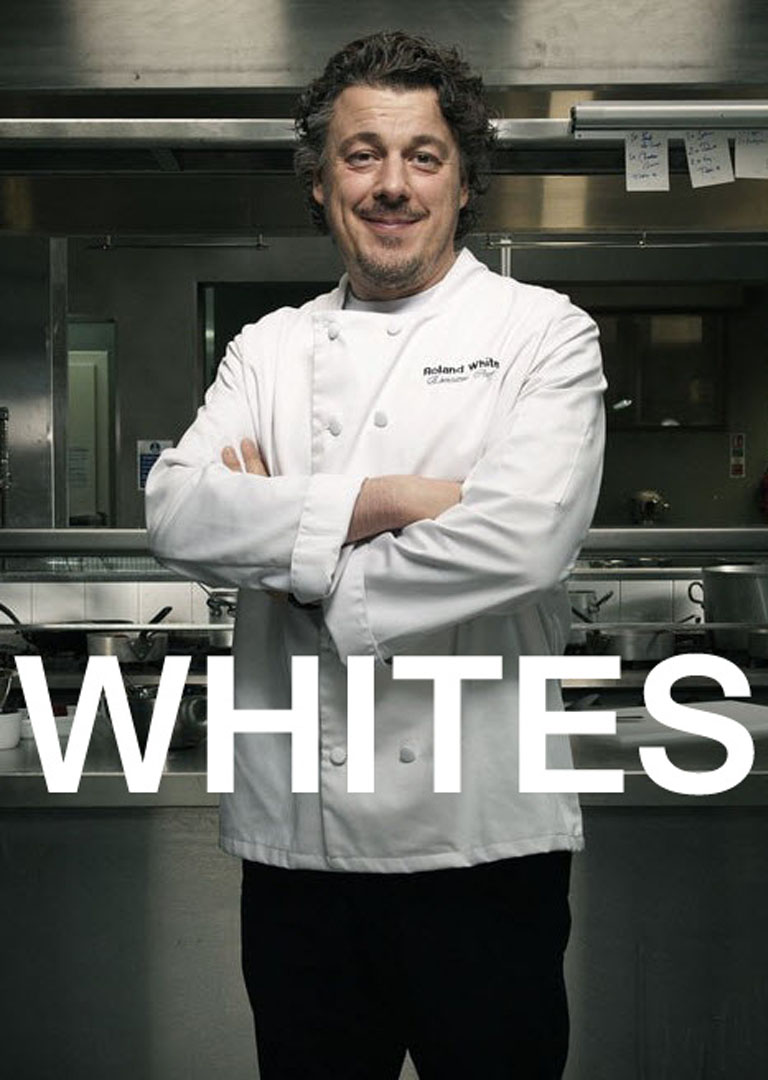