In this uplifting series, Kate Humble takes us on some of the most beautiful coast walks in the world.

Starting on the South West Coast Path, Kate leaves Stonebarrow Hill in Dorset heading to Lyme Regis in search of dinosaurs. In Yorkshire Kate begins 300 feet above Robin Hood’s Bay and ends at Scarborough where she embraces swimming in the North Sea. In Suffolk, Kate walks one of Europe’s fastest eroding coasts and discovers why the area has so many thatched buildings. And in Exmoor Kate visits Lynmouth travelling in the world’s highest water powered railway before finishing at the Valley of Rocks.

On a 15-mile walk in North Yorkshire, Kate sets off from the picturesque village of Robin Hood's Bay, heading towards Scarborough where a refreshing dip in the sea awaits her.

From Stonebarrow Hill in Dorset, Kate heads along the coastal path to Cain's Folly, then on to Seaton where she rides a tram out into Seaton Wetlands for some bird spotting.

Starting at Dunwich Heath, Kate walks an 11-mile stretch of the Suffolk coastline - one of the fastest eroding in Europe. Kate also learns about the ancient art of thatching.

In Yorkshire, Kate heads to the fishing village of Staithes which was once home to one of Yorkshire's largest fishing fleets, and the explorer Captain Cook.

Kate walks 12 miles of Suffolk's shingle coast, starting at Minsmere Nature Reserve, before heading along the pebble beach past Sizewell B power station.

In this brand-new series Kate Humble walks eight beautiful and historic stretches of the British coast, along routes that can be done in a day or a weekend.

All her walks follow established national trails, including the east and west coasts of Scotland, two very different coastlines in stunning North Wales, iconic stretches of Kent and Sussex, a hidden corner of Northumberland, and a beautiful wintry walk around the southwestern tip of the Isle of Wight.

Along the way she will meet the people who live and work there, while discovering the history, geology and natural history that have shaped some of the most beautiful coastlines in the world.

The first episode sees Kate walk a rugged and scenic coastline around a part of northwest Wales she has never visited before – Holy Island, on Anglesey. The island is known primarily for its harbour, at Holyhead, which for more than 200 years has served as a major seaport and ferry-link with Ireland.

The second episode sees her walk a 15 mile stretch of the St Oswald’s Way in Northumberland. And unlike her other walks, this one is split across two days, so Kate can enjoy a spot of star gazing.

The third episode sees Kate walk a rugged and scenic route along Ayrshire’s coast, the birthplace of Scotland’s National Bard, poet Robert Burns. Kate’s 15-mile walk will follow the Ayrshire Coastal Path south from Ayr to the coastal farming community at Dowhill, home to a unique and very Scottish potato.

The fourth episode of Kate Humble’s Coastal Britain sees her walk a hilly coastline that is home to two of North Wales’ most popular tourist destinations – the medieval walled town of Conwy, and the Victorian resort of Llandudno, once dubbed the Queen of Welsh resorts.

In this episode, Kate takes a trip down memory lane, on a wintry walk around the western corner of the Isle of Wight where she holidayed as a girl.

In this episode Kate follows the historic East Sussex coastline, beginning on the cliffs overlooking Hastings, a town forever associated with the Battle of 1066.

In this episode of Kate Humble’s Coastal Britain sees her follow the iconic white cliffs of Dover, on a 15-mile walk of surprising contrasts. As well as overlooking the busiest shipping lane in the world this route contains one of the world’s rarest rivers, flowing through the bustling heart of Dover.

The sixth episode of Kate Humble’s Coastal Britain sees her on the Scottish Borders, walking almost 15miles from the historic fishing village of St Abbs to England’s most northerly town, Berwick Upon Tweed.

"Revealing hidden spots and jogging memories of forgotten stretches, she [Kate Humble] reinvigorates interest in an island we thought we knew well." THE TELEGRAPH 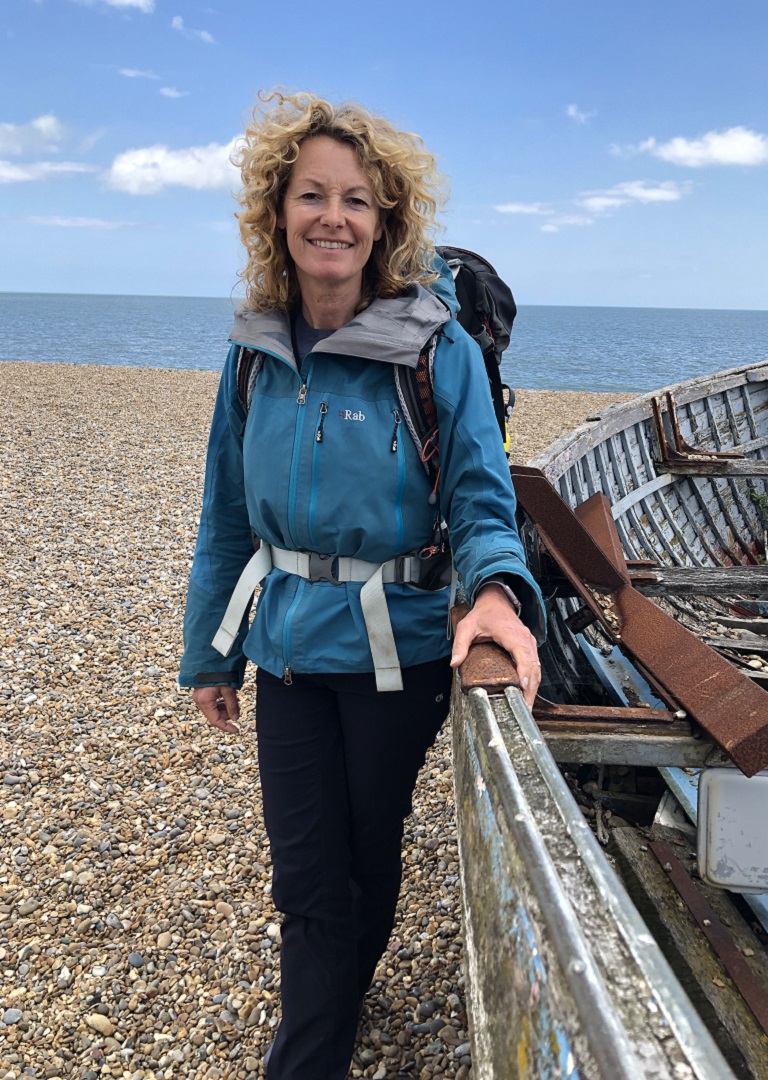 Please contact us if you have any questions or would like more information on KATE HUMBLE'S COASTAL BRITAIN.