VIKINGS: THE RISE AND FALL

Dispel the myths, meet the legends and witness the rise and fall of the greatest warriors in history…

An unstoppable force for more than 300 years saw the relentless and far-reaching growth of the Viking Empire.

Throughout history, Vikings waged war from the seas, notoriously ruthless and with their own set of rules. The Viking expansion was unprecedented in the veracity of its spread. Known for merciless bloodshed, the Norsemen became the most feared people in history. However, their story has always been told from a one-sided, Christian point of view and only now, after rigorous research through mythical sagas and bioarchaeological finds, can we uncover the truth about who the Vikings really were.

EPISODE 1: THE ROAD TO LINDISFARNE

An attack on a small religious community on the holy island of Lindisfarne in AD 793 heralded the start of the Viking Age of conquest and expansion but before this, we look at the Vikings’ beginnings in Scandinavia.

The Siege of York occurred from 866 when the Great Heathen Army laid claim to the Northumbrian capital of York. We look at the major battles, players and strongholds in 9th Century England.

EPISODE 3: AS FAR EAST AS BAGHDAD

The “Silk Road '' opened up a world of trade for the Scandinavians in the East. Seeking further wealth, the Vikings known in the East as “the Rus”attacked Constantinople in 860. The Rus became a permanent and feared fixture in the Byzantine Empire.

EPISODE 4: THE FALL OF FRANCIA

The siege of Paris in 885 was the culmination of the Viking invasions of Francia. We look at the persistent Viking attacks on Francia and the enduring presence of the Scandinavians on the Frankish Empire and beyond.

Political turmoil in Norway leads a voyage of discovery west. The Vikings discover Iceland where they established lasting settlement. Further exploration from Iceland leads to the discovery of Greenland and to the shores of Newfoundland, making them the first Europeans to discover America.

The mid-10th-century reign of Harald Bluetooth as king of a newly unified, powerful and Christianized Denmark marked the beginning of a second Viking age. But the reign was not to last with the Normans finally winning the English Kingdom in 1066. We look at the final days of the Viking empire. 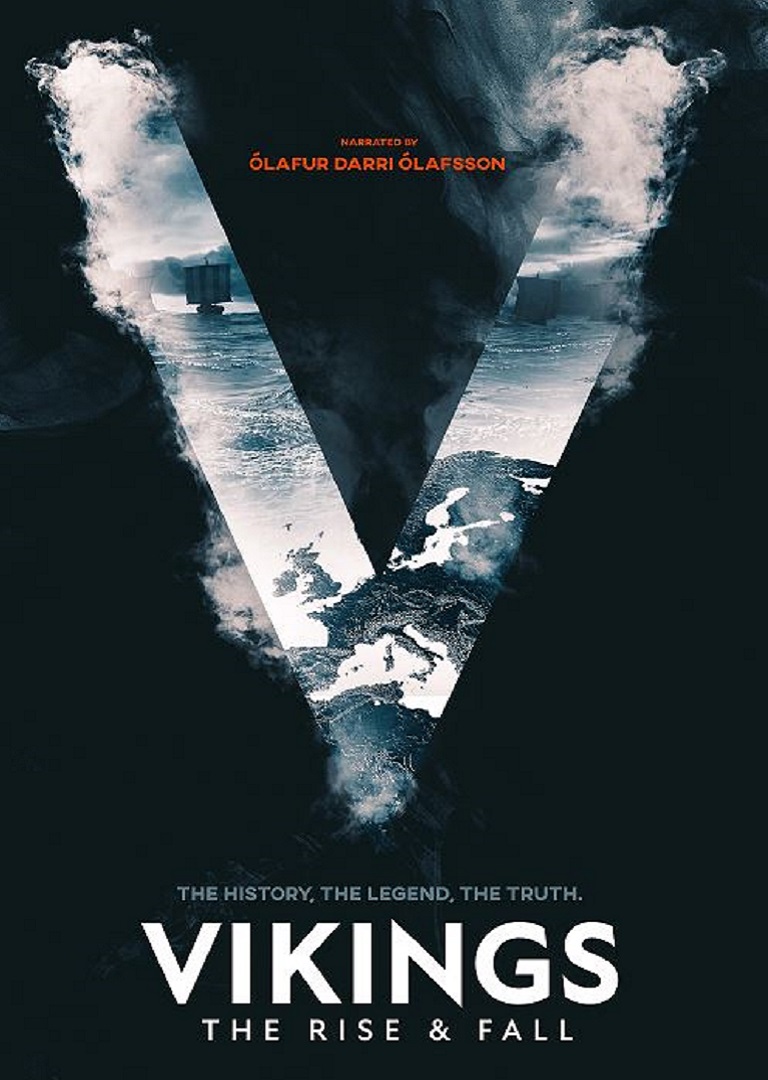 Please contact us if you have any questions or would like more information on VIKINGS: THE RISE AND FALL.