The focal precinct is Hamid Karzai airport in North-East Kabul. As the Taliban encircled the city, Afghan nationals and international workers rushed to the airport where U.S., U.K. and international forces participated in a dramatic evacuation that saw 122,300 people airlifted. Nearly 200 lost their lives in the process.

Escape from Kabul will unpack, moment by moment, how a historic power shift forced thousands to attempt a dangerous escape, told by the central players in the story. This forensic feature-length documentary will chronicle the key personal narratives that simultaneously played out as the Afghan government disintegrated, the American project failed, and the Taliban took control.

"Tells the tale in dramatic, personal and incredibly raw detail." THE ECONOMIC TIMES
"Previously unseen footage is remarkable." RED CARPET CRASH
"Stunning new documentary." TV BLACK BOX
**** [Four Stars] "Intense." THE TELEGRAPH
"Hearing the day-by-day, hour-by-hour timeline of events is grim but fascinating." THE EPOCH TIMES
"One of the clearest chronicles we have of those terrible days." THE EPOCH TIMES
"A vital piece of journalism." DECIDER
"Escape from Kabul captures a significant historical moment with poignant intensity, like the best documentaries do." DECIDER
"Jamie Roberts’ terse, painfully precise documentary “Escape from Kabul” zooms right in on one episode - the massive last-minute airlift of Afghans and remaining American personnel from Kabul in August 2021 - and never looks away." THE PLAYLIST
"The movie lays out a clear timeline and is good at conveying the conflicted feelings that Afghans had about leaving their homes and that American troops had as they tried to maintain control of the situation." THE NEW YORK TIMES
"Featuring never-before-seen archival footage, Escape from Kabul takes a look at the complex and dangerous situation that occurred." OREGON LIVE
"Presents a detailed account of the chaotic evacuation at the Kabul airport in August 2021." THE NEW YORK TIMES
"Gripping." THE PLAYLIST
"The speed and economy Roberts brings to “Escape from Kabul” helps communicate the jarring nature of a historical hinge moment when everything seems to be up for grabs. There will be more expansive and descriptive stories about this episode, but few more powerful." THE PLAYLIST
"Landmark doc." DEADLINE
"Tightly focused... breathless account." THE PLAYLIST 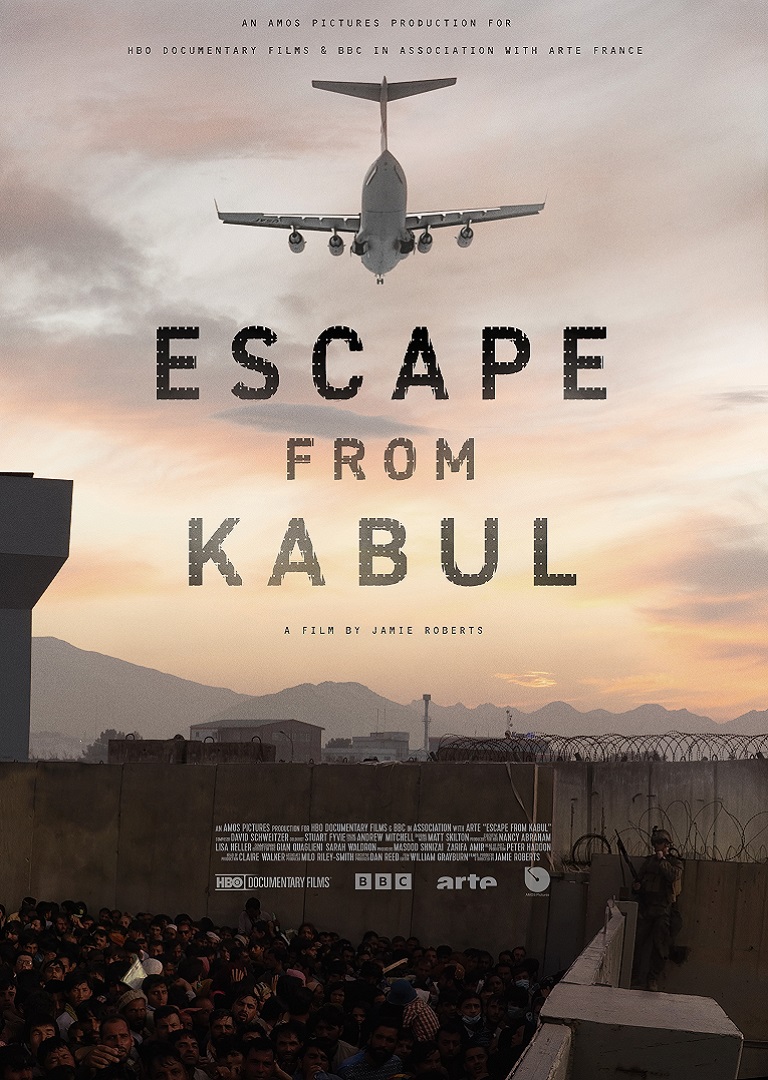 Please contact us if you have any questions or would like more information on ESCAPE FROM KABUL.