UNDER THE SEA: THE GREAT BARRIER REEF

Naturalist, Conservationist and Adventurer Iolo Williams sets off across the Great Barrier Reef on a mission to understand more about one of the most diverse marine environments on earth. In a bid to learn more about this spectacular environment and the challenges facing it, he explores the unique habitats that make up the thousands of miles of the Great Barrier Reef ecosystem, from the outer reef 30km offshore to the coastline and the inland rainforests. On the way he encounters a myriad of spectacular wildlife and he meets the people closely connected to the reef.

On the first part of his journey Iolo explores the outer reef in the north, where he discovers an abundance of wildlife including a great barracuda, a green sea turtle, and an astonishing array of fish and coral species. At first glance the reef looks in good health, but he begins to see some signs of coral death.  Travelling inland to the ancient rainforest he begins to understand the local human impact through farming on the current state of the reef, and is encouraged to meet a farmer who has changed his practices in a bid to protect the Great Barrier Reef. Whilst on land he encounters an ancient inhabitant – the Cassowary bird, a creature that is vital to the health of forest and the reef beyond. Finally Iolo takes a night dive and fulfills his dream of seeing sharks hunting for prey.

The second episode of Iolo’s journey sees him delve deeper into the challenges facing the survival of the Great Barrier Reef.  He comes face to face with the effects of tropical cyclones and coral bleaching endangering life on the reef, but also sees the natural ability of the reef to regenerate even after these most devastating events.  Witnessing incredible signs of regeneration on the SS Yongala – an artificial reef - gives Iolo hope that life can endure beneath the waves, and evidence of coral regrowth on the reef after a cyclone also gives him hope.  On the journey he continues to swim with some of the Great Barrier Reefs most iconic species including Black Rays and a charismatic Potato Cod, and he speaks to a marine scientist who has been diving the reef since his childhood.

In the final episode following Iolo William’s journey across the Great Barrier Reef he uncovers stories from the reef’s ancient past.  He learns how the reef - the largest single living organism on earth - was formed after the ‘Great Floods’ following the last Ice Age, a story still passed down in aboriginal culture. On his journey he encounters the reef’s most incredible survivors; from a giant coral known as the ‘Monolith’ – the oldest and largest on the reef; to ancient mangrove forests - vital nurseries for marine life; and he delves into the relationship between people and the reef spanning tens of thousands of years.  Along the way Iolo meets stingrays which have swum in the oceans for a 100 million years, he encounters a Leopard Shark in the most pristine part of the reef, and he meets an environmental champion who – despite the rapid changes the reef is now seeing – gives him hope for the future preservation of the reef. 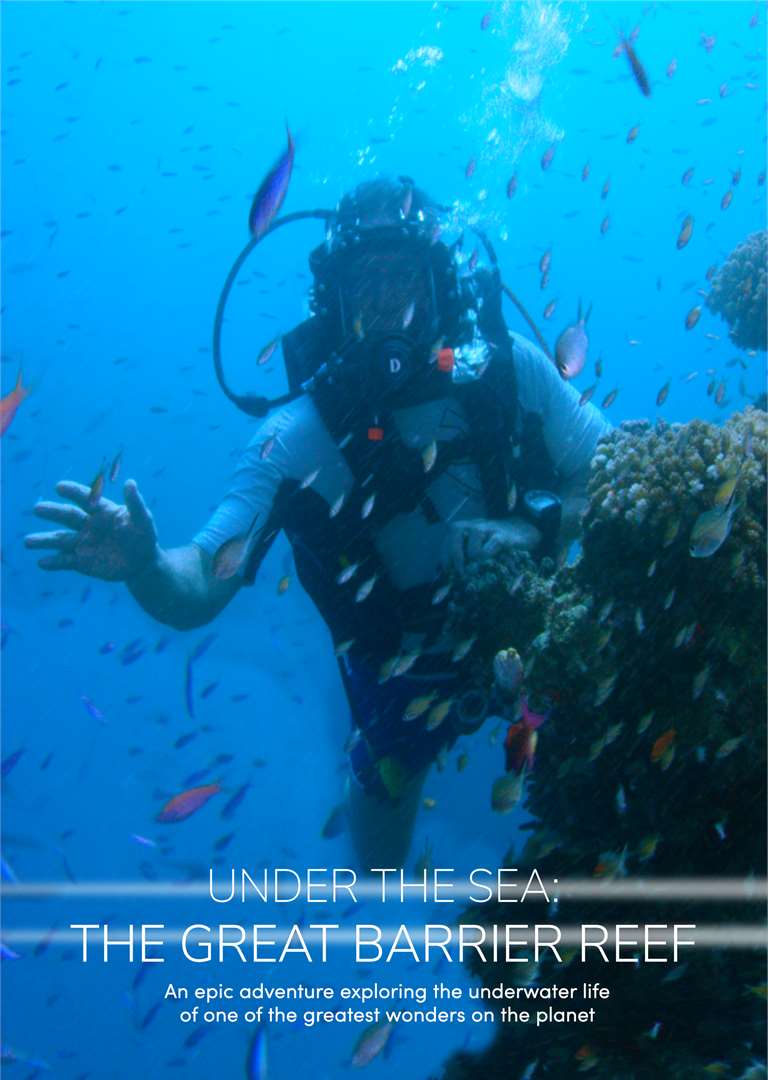 Please contact us if you have any questions or would like more information on UNDER THE SEA: THE GREAT BARRIER REEF.

CHRONICLES OF THE GLENS

THE CHRONICLES OF MOURNE