Hero of Ken Bruen’s bestselling crime thrillers, Jack Taylor (Iain Glen, Game of Thrones), used to be a good cop with a minor drinking habit – now he’s an ex-cop with a major habit for getting into trouble.

The straight-talking, hard-drinking, big-hearted Taylor has become a private eye, investigating the criminal activity fermenting along Ireland’s rugged western coast. Setting up shop in a Galway pub, he knows he’s going to look his demons in the eye every day – what he doesn’t know is that his cases will lead him to the very edge of human malevolence and evil.

THE GUARDS
Jack uncovers the seedy underbelly of Galway’s middle-class when the beautiful Anne Henderson asks him to find her missing daughter, while an old friend hiding a secret past washes up to lure him to the dark side. And when Jack’s surrogate father and barman dies under mysterious circumstances, everything he believes in begins to unravel...

THE PIKEMEN
Returning to his beloved Galway clean and sober after having been away for a year, it’s not long before Jack is pushed backto the brink when he uncovers a vigilante group calling themselves The Pikemen, after old Irish Freedom Fighters. His only hope for justice is to do what he has been trying to avoid: to become like them…

THE MAGDALEN MARTYRS
Jack is hired by the daughter of a former inmate of the infamous Magdalen Laundries, a home for wayward girls, to find a former nun known only as Lucifer. The seemingly simple case grows complicated when two young boys are murdered. Jack sets out on the old nun’s trail, uncovering religious hypocrisy and abuse.

THE DRAMATIST
The impossible has happened: Jack is living clean and dating a mature woman – rumour suggests he is even attending mass! Two tragic deaths appear to be random, unconnected accidents - but a copy of the same book is found beneath each body, leading Jack to believe that a calculating killer is enticing him to play...

PRIEST
While investigating the horrific decapitation of a priest in a Galway church, Jack discovers that the victim was a paedophile who abused two boys many years ago. But, as more secrets are revealed, borders between offender and victim begin to blur; meanwhile Jack drifts back into his old habits, discovering more of his own demons.

SHOT DOWN
Riddled with guilt after a personal tragedy, Jack leaves Galway for Dublin. There he meets Rosie, a young girl who witnessed her mother’s murder, but has suppressed the memory.
While also dealing with a travellers’ feud, Jack must help Rosie to recall the events of her mother’s death before the killer strikes again.

CROSS
When a man is found crucified, Jack’s investigations reveal that the dead man’s brother was responsible for the death of Nora Mitchell - and the surviving members of the Mitchell family are in town, seeking revenge. Jack gains a new assistant in Darragh, Kate’s cousin from London, while Kate herself harbours a lethal secret.

HEADSTONE
Jack is on a race against time to locate a former nemesis, Ronan Meyers, who has been kidnapped and held for ransom. During the investigation Jack crosses paths with Mason, a rival tough-as-nails private eye. Jack must support Kate as she prepares for a major operation, while Darragh comes into his own as Jack’s assistant.

PURGATORY
Hired by the head of a large software company to investigate the theft of valuable data, Jack takes an instinctive liking to the main suspect. When she is killed, Jack suspects his employer and vows to bring him down. Meanwhile, to Jack’s annoyance, Kate – recovering from her operation - begins a relationship with an old schoolmate.

“The perfect fix for your Game of Thrones withdrawal." VANITY FAIR
"Terrific." THE AUSTRALIAN
"Impressive, gritty dramas." THE DAILY MAIL 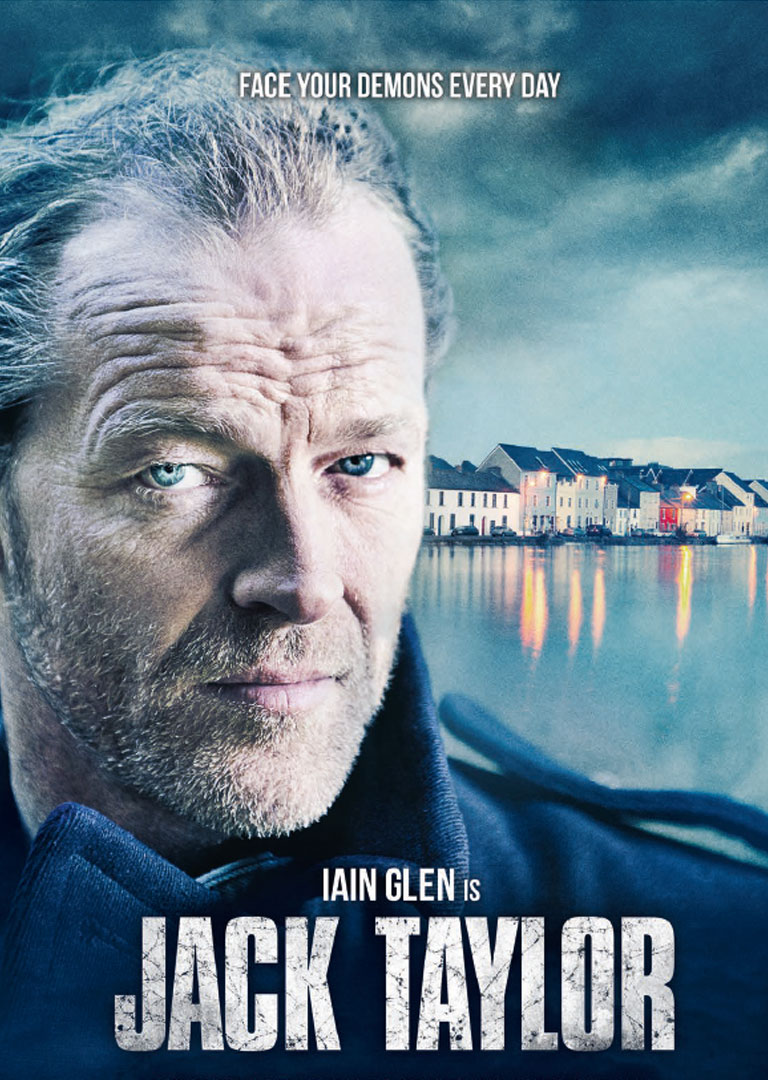