Family can be an absolute pain in the neck!

BAFTA nominated children’s comedy drama Young Dracula follows the adventures of Vlad, the irrepressible son of Count Dracula, as he contends with life in English suburbia, his meddlesome family and the small matter of his destiny to lead the entire vampire race!

When the Draculas arrive from Transylvania, Vlad has one major concern – trying to fit in at a new school, whilst ensuring that his new friends aren’t turned into involuntary blood donors for his father. As if that weren’t enough, Vlad’s absentee mum has taken up with a werewolf and his woodwork teacher, Van Helsing, a self-styled vampire slayer, is intent on bringing the family down...

As the war between vampires and slayers escalates and the vampire clans squabble for control, the Count is determined that Vlad fulfils his destiny as The Chosen One and ascend to become The Grandest High Vampire of all time. But unfortunately his mischievous sister Ingrid has other plans.

As Vlad approaches 17, with new powers which far surpass those of normal vampires – his journey to understand and control his new abilities throws him into constant conflict with those around him – especially when his growing feelings for Erin, a ‘newly bitten half fang’, send him on an emotional rollercoaster. But who does he have to turn to for advice – his mayhem creating traditionalist vampire father and a stuffed hell hound!

An irreverent, gothic comedy, Young Dracula shines a mischievous light on family relationships and what it is to be a teenager trying to make his way in the world. This original and innovative series focuses on the everyday challenges of rebellion, fitting in, young love and family conflict – all from the uproarious perspective of the Draculas! 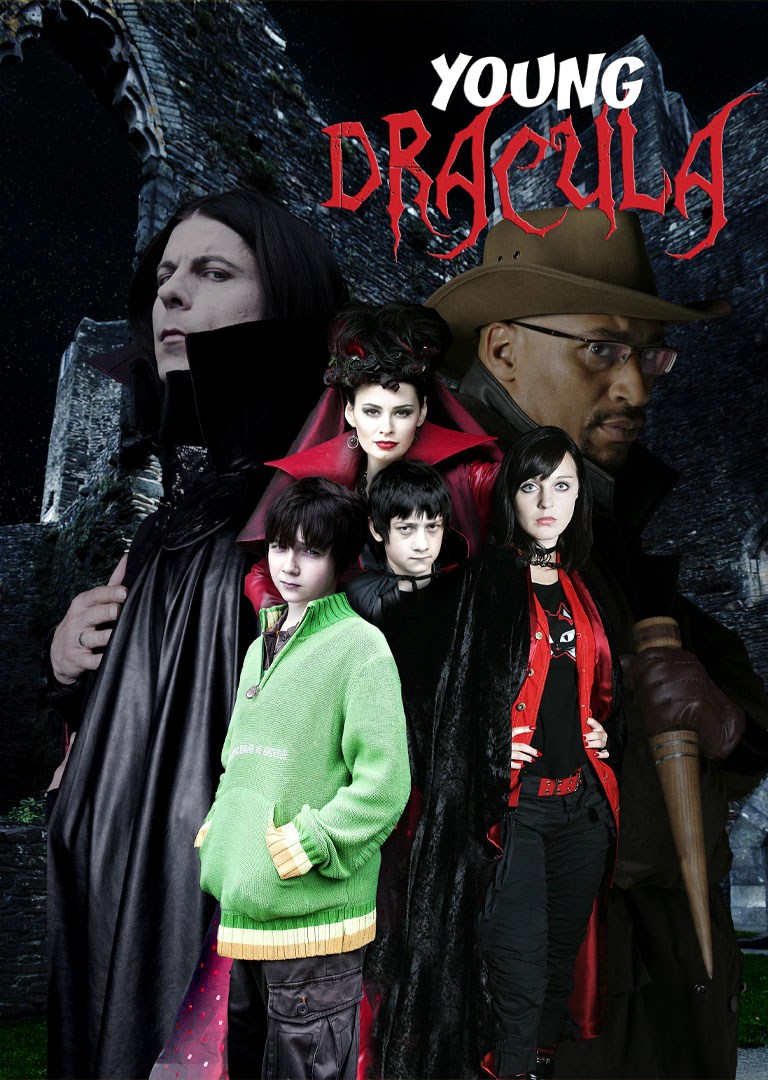