A supernatural mystery which delves into an indigenous mythology rarely, if ever, seen before on television.

Based on the bestselling trilogy of novels by Eden Robinson, Trickster tells the story of Jared, an Indigenous teen struggling to keep his dysfunctional family above water. Jared holds down an after-school job and cooks ecstasy on the side to support his separated parents - partying mum Maggie, who self-medicates an undiagnosed mental illness, and unemployable dad Phil, who has a painkiller addiction and a new girlfriend.

But when Jared starts seeing strange things - talking ravens, doppelgängers, skin monsters - his already chaotic life is turned upside down. At first, he thinks he’s losing his mind, but to his relief, and terror, the supernatural events are all too real. It turns out there’s more than meets the eye to the place Jared grew up, the people he loves – and to Jared himself.

This is Indigenous Gothic - spirits, ancient magic, deadly rites of passage - in a coming of age story unlike any you’ve ever seen.

“There are wonderful layers to Trickster, with rich, fascinating characters, and fluid storytelling that draws you in from the start.” THE GATE
“[Crystle Lightning’s] explosive presence and emotional range shines in her role as Jared’s mom Maggie.” HUFFINGTON POST
“Funny, exciting...Trickster isn’t your stereotypical Indigenous show.” THE STAR
“Stand out performances, especially Oulette’s perfect adaption of a beloved literary character.” HUFFINGTON POST
"Be prepared to be enthralled—and creeped out." CHATELAINE
“New series Trickster is a can’t-miss drama meets supernatural thriller.” DAILY HIVE
"Trickster explodes off the screen." THE GLOBE AND MAIL
“TV Tonight – TOP PICK. Hard-edged, but darkly witty.” THE GUARDIAN
"Trickster is a scrappy, bare-knuckle answer to the Harry Potter series." NOW MAGAZINE
“Trickster is on track to be some of the best television of the year, an insightful, fun, and clever blend of the fantastic and the political.” SCREEN ANARCHY
“Excited to watch this!” DAN LEVY
"Trickster is electrifying." NOW MAGAZINE
"Both familial and supernatural redefines what a homegrown TV series can be: fantastical, sexy, dangerous." THE GLOBE AND MAIL 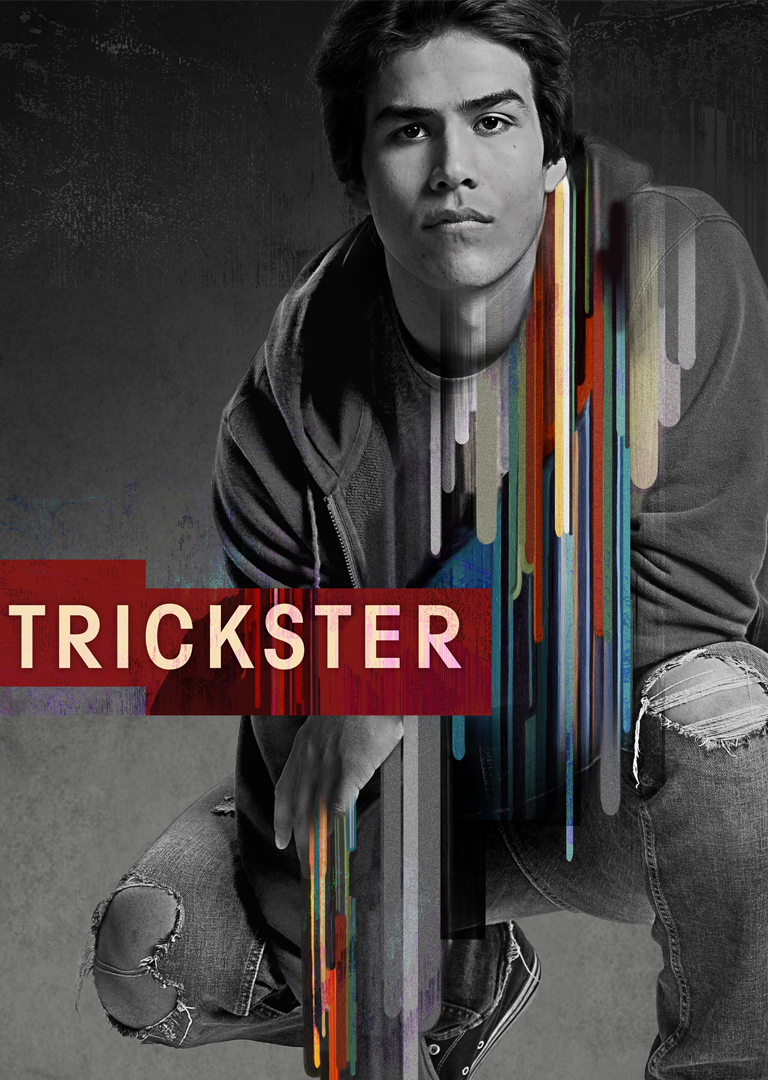