The story of the Connolly brothers, three Irish immigrants who travel from Montana to the Yukon during the Klondike gold rush of the 1890s in the hope of striking it rich.

As they work the silver mines of Montana, the ambitious Connolly brothers dream of riches and adventure. Seduced by rumours of a greater prize far to the north, they embark on a dangerous journey to the heart of the Yukon in this epic tale of greed, love, betrayal... and gold.

In 1897, in the wilds of Northern Alaska, gold was discovered. Immediately the stampede began. More than 100,000 adventurers, gamblers, con men and fortune hunters struck out for the Yukon’s remote Klondike Valley gold fields. Among them were thousands of Irish emigrants just like the Connolly brothers.

Dominion Creek follows the brothers as they travel from Montana, arriving in Dominion with just a map and a deed to stake their claim. But Dominion is a town built on greed in a land that God, if he exists there, has created in anger. Soon after arriving they become embroiled in a deadly feud with Jacob Hopkins, the man who runs Dominion, and when their claim proves to be a literal goldmine, their new found wealth quickly leads to a bitter rift between the brothers.

As they become increasingly corrupted by the lust for power and gold, the Connollys must stick together if they are to survive the harsh realities of the Yukon. But, in a place where old values and fierce tribal loyalties are challenged by modern capitalism and nature’s savagery, every man and every woman has their price, even if it is at the expense of those closest to them...

Amid the stunning landscapes and harsh realities of Yukon’s remote Klondike Valley, the ambitious Connolly brothers dream of riches and adventure in this award-winning, critically acclaimed epic of greed, love, betrayal… and gold.

In the brand new second season, the Connolly brothers are struggling to forge an empire for themselves during the gold rush of the 1890s. They stand united, having established themselves as a force to be reckoned with in the territory, but against a backdrop of growing lawlessness in Dominion Creek, they must face a challenge that threatens to take from them all that they hold dear – family, friends and gold. But the Connolly brothers won’t be going down without a fight… to the death.

“Besides the beauty of the filming and the energy of its telling, the pleasure here is to see life reduced to an addictive game of chance” THE IRISH TIMES
“The script is crisp, convincing and well-honed, and the characters vivid and fleshed out” THE HERALD
“Clever and persuasive” THE HERALD
"Beautifully shot and boasting a script that can make the jaw drop" IRISH INDEPENDENT 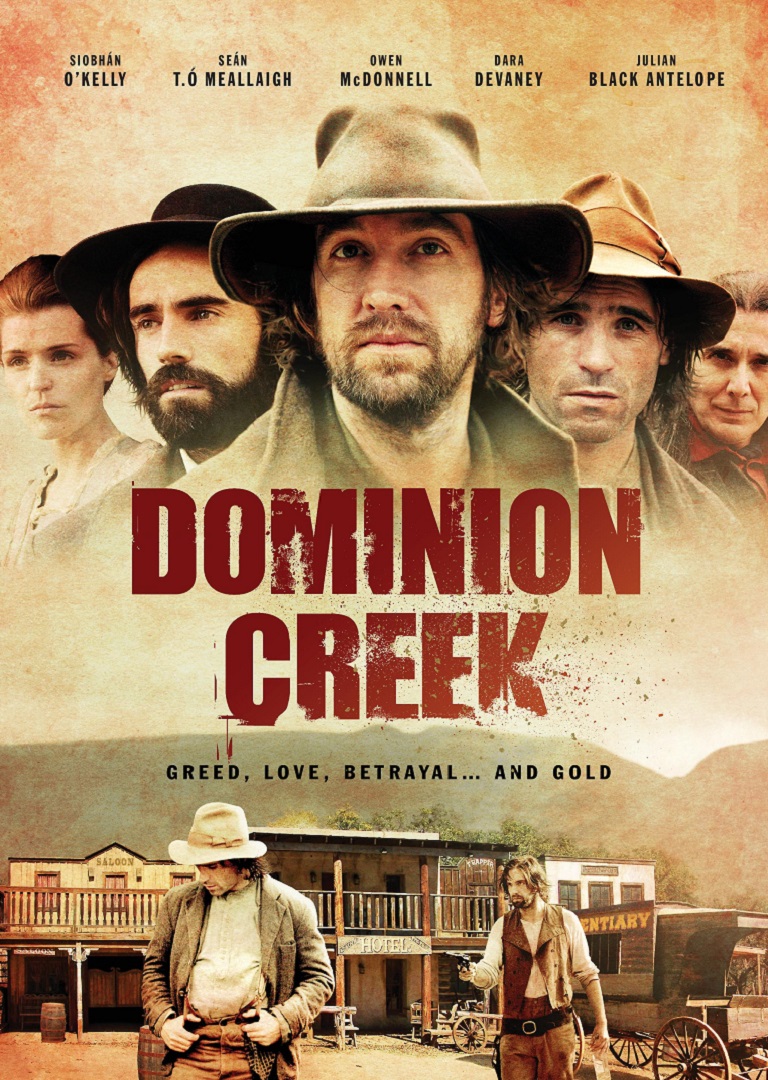